There’s nothing like snuggling up with a cozy blanket, clutching a mug of hot chocolate, and grabbing the remote to flip through this season's newest holiday specials.

Whether it’s the infamously chaotic 1978 Star Wars Holiday Special, something new and now, or more traditional fare from Freeform’s annual 25 Days of Christmas movie marathon, it won't feel like the holiday season without the warm glow of one-screen tinsel to curl up to.

With plenty of programs to choose from this year, you’ll have a holly-jolly good time watching each special. Here’s a list of best bets to keep you entertained this holiday season.

All Voice fans are in for a treat - your favorite judges and contestants (past and present) perform their renditions of holiday classics. Plus, Season 19’s judges (Blake Shelton, John Legend, Kelly Clarkson, and Gwen Stefani) will share their favorite holiday traditions and memories.

The Christmas queen herself, Mariah Carey, has her very own holiday special coming to Apple TV+. Mariah Carey’s Magical Christmas Special features musical performances, animation, and dynamic dancing to get you in the holiday spirit. Expect drop-ins from some celebrities like Billy Eichner, Jermaine Dupri, Tiffany Haddish and many more. Carey will also drop a new single and music video, “Oh Santa” featuring Ariana Grande and Jennifer Hudson.

Dr. Suess’ most beloved Christmas tale, How the Grinch Stole Christmas, is a hit on Broadway, and now this new musical version is coming to your television screen - live. Starring Glee’s Matthew Morrison as The Grinch, the Dr. Suess Broadway musical will be simulcast on NBC from a live performance at the Troubadour Theatre in London. Sing along as you decorate your house - just make sure not to overcook the roast beast.

The Jingle Ball Concert (On The CW premiering December 10th)

The Jingle Ball Concert usually travels around the country during December, but this time the I Heart Radio special takes place in your home! The epic lineup (with performances from Billie Eilish, Harry Styles, Sam Smith, Dua Lipa, and more) will have you dancing in your living room and singing at the top of your lungs.

Take a trip down memory lane with the Saturday Night Live Christmas Special. With holiday-themed sketches dating back to 1975, you’ll see some of your favorite SNL alumni. Sit back, relax, and bust a gut laughing at this time capsule of comedy.

On Christmas Day, gather your family around the TV after breakfast and watch the Disney Parks Magical Christmas Day Celebration. While the magical celebration will be reimagined, the “Big Mouse” will make sure to add just as many thrills and a lot of holiday spirit. 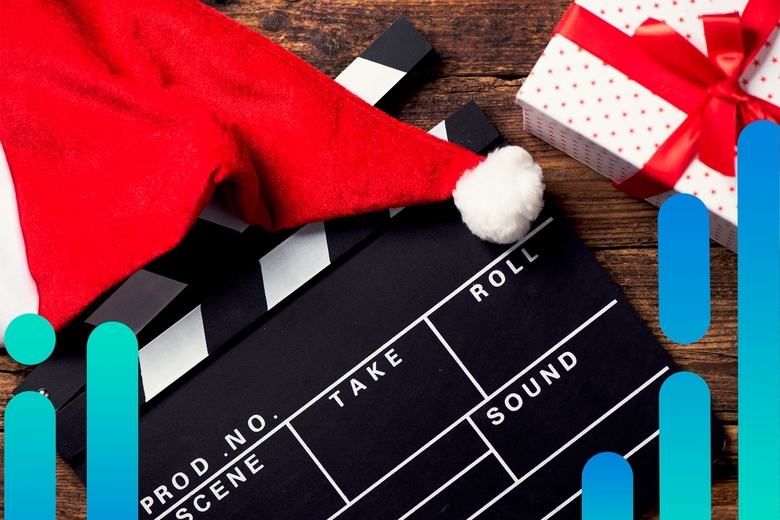 Where to stream classic Christmas and holiday movies

The holidays are a time of tradition, and that means searching the navigation screen for your favorite holiday classics. But where can you stream? Before shouting voice commands into your remote, check out the following:

In this 1947 Christmas classic, a man named Kris Kringle takes over for an intoxicated mall Santa Claus and wows the families that come through his line. In a truly New York City twist, he’s taken to court to determine if he is the real Santa Claus.

Hollywood legends Bing Crosby and Danny Kaye star as army buddies Bob Wallace and Phil Davis. The duo head to Vermont with sisters Betty and Judy Haynes, and stay at a bed and breakfast which happens to be owned by their former commanding officer. To help the financially troubled inn, the four of them spring into action to put on a Christmas musical extravaganza.

Who needs therapy when you have ghosts to help you sort out your problems? In A Christmas Carol, Ebenezer Scrooge is a penny-pinching miser who begrudgingly comes to see the error of his ways. His recently deceased business partner, Jacob Marley, visits him from beyond the grave to warn that the ghosts of the past, present, and yet to come are on their way to steer him toward the true spirit of Christmas.

We’re not sure if it’s actually the holiday season without the famous Peanuts crew. In A Charlie Brown Christmas, Charlie tries to figure out the true meaning of Christmas outside of all the glitz, glam and commercialization, with help from his friends and a cute little overburdened tree. What really puts this animated morality tale over the top into mandatory season viewing is the mournfully jazzy soundtrack by the Vince Guaraldi Trio - a classic in its own right.

How the Grinch Stole Christmas (Netflix)

Jim Carrey’s live-action portrayal of the Grinch in Ron Howard’s 2000 film is something people talk about all year round. In How the Grinch Stole Christmas, the Grinch’s life of solitude starts to change when he meets a Who-ville resident, Cindy Lou Who, who wants to bring him back into society.

Whether your annual Christmas Day tradition kicks off with a visit from Santa or involves sleeping in before Chinese food and a movie, Hollywood has you covered this year.

Originally set to release in theaters on June 19th, the new Disney Pixar movie Soul will be available for streaming on December 25th on Disney+. Jamie Foxx stars as the voice of Joe Gardner, a middle school band teacher who, through unprecedented circumstances, learns what it means to truly have soul.

With an original summer release, the next installment of the DC Comics Wonder Woman series, Wonder Woman 1984 will be streaming on HBOMax on December 25th. Gal Gadot returns as Diana Prince (aka Wonder Woman) and the movie fast forwards her story to the 1980’s. Diana is still fighting crime, and eventually finds herself facing off with two very interesting foes.