The Best Concert Documentaries to Stream

Concert documentaries have a tough job!

The feeling you get from attending a live concert event is hard to reproduce on film. Certain sensations - the collective anticipation, the rumbling of the crowd as the house lights dim - are difficult, if not impossible, to replicate.

The best concert documentaries work around that, instead emphasizing moments of intimacy that are only possible on film. They capture the essence of the artist, transport you back to a moment in time, and elucidate political and social movements.

When they’re done right, concert films become more than just a recording of a show. They become an essential part of popular music in their own right. And they’re incredibly fun to watch. 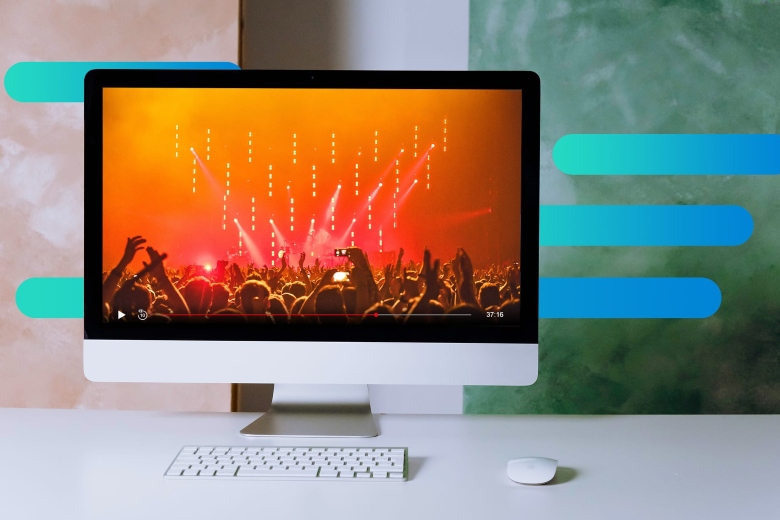 Here are some of the best concert documentaries to stream, as well as where to stream them:

Homecoming achieves the impossible. It takes the idea of Beyoncé Knowles - pop star, virtuoso performer, cultural icon - and translates it onto the small screen without losing the impact of her monumental Coachella performance.

Beyoncé previously played with visual concepts on her visual album Lemonade, and she co-directed the Homecoming project. Through interwoven behind-the-scenes and performance footage, Homecoming portrays Queen Bey as an urgent cultural force, a vital voice, a consummate show-stopping talent, and a creator totally in control of her output.

As majestic as her Coachella performance was as a spectacular homage to HBCU homecoming celebrations and Black culture at large, the concert documentary does it justice - and then some. It’s no coincidence that a sea of pop star concert documentaries came in its wake.

Stop Making Sense is a concert film with an emphasis on film. There is one direct shot of the audience in the entire film; director Jonathan Demme focuses almost exclusively on the group and their performance.

This is a film full of iconic moments. David Byrne performing “Psycho Killer” with only a guitar and a tape deck. The band joins Byrne one member at a time, one song at a time. before uniting for “Burning Down the House.” Byrne’s “big suit.” If you’ve never listened to Talking Heads, start here. If you have, watch it again.

Woodstock isn’t the first wide-release concert documentary—Monterey Pop came out in 1968—but it sort of feels like the starting point for the genre. Maybe that’s because the Woodstock festival looms so large in the collective subconscious as a watershed moment in popular music. It feels like this is where music-as-counterculture started, and the film is our visual evidence.

Whether that’s technically true or historically accurate is almost beside the point. The Woodstock Music Festival was the defining “were you there or not” moment of the 60’s, and Woodstock the film captures that vibe. The organization of the festival, managing a huge, chemically-altered crowd, and the performances tell an enthralling story from beginning to end. Jimi Hendrix, Sly, and The Family Stone, Joan Baez: they’re all legends for a reason. One viewing of Woodstock shows you why.

Wattstax is two things. Most obviously, it is a showcase of the incredible roster Stax Records had built in the ’70s. The Staples Singers, Isaac Hayes, Johnnie Taylor, The Bar-Kays, Albert King, and more all performed at the Wattstax festival in 1972. All of them are phenomenal.

If that’s all Wattstax was, it would still make this list. But it is much more. It is a celebration of Black culture, at the time the largest gathering of Black Americans outside of a civil rights event. It’s a document of life in Watts, of Los Angeles. The festival took place on the 7th anniversary of the 1965 Watts Riots and was meant as a beacon of hope for a better future. Wattstax transcends the confines of the concert documentary, and it’s all the better for it.

There’s an alternate universe where half of the concert documentaries in this article are directed by Martin Scorsese. But fairness dictates one pick would be enough, so the obvious choice is 1978’s The Last Waltz.

Centered on The Band’s 1976 performance at San Francisco's Wonderland Ballroom, The Last Waltz benefits from simplicity. The performance was billed as The Band’s farewell show, so the film is a celebration and a goodbye. Scorsese developed an intricate plan for seven cameras, storyboarded each song, and even set up lighting cues paired to lyrics.

But that all fell apart when filming began. It turned out that it’s very hard to orchestrate precise instructions among a massive crew during a loud rock concert. The resulting film has a scrambling, spur of the moment quality that suits the celebratory nature of the concert itself better than rigorous precision ever could. For example, the iconic Muddy Waters performance of “Mannish Boy” was only caught on film because the cameraman decided to ignore Scorsese’s instructions entirely. It turned out that all you need to do is turn on the cameras and watch when prolific talents appear.

When Shut Up and Play the Hits was released in 2012, its subtitle read “The Very Loud Ending of LCD Soundsystem.” But LCD Soundsystem reunited in 2014 and has been active ever since.

So the “final performance” angle may be a little awkward in retrospect, but this is still a great concert film. All these years later and it’s still wild that James Murphy’s weird dance-punk project sold out Madison Square Garden.

“Dance Yrself Clean” and “North American Scum” lose none of their power when they’re performed at a world-famous arena instead of a Brooklyn art loft. The rest of the film, interspersed with interviews with Murphy and behind-the-scenes footage, serves as great context. Watching it is a reminder of why the band got back together in the first place.

It’s hard not to compare Monterey Pop to Woodstock. They take place at similar times, they’re both three-day festivals, and they feature many of the same artists. It’s an obvious comparison to make. And, as a snapshot of a cultural movement, Woodstock probably wins.

But Monterey Pop may be the better concert film. The 1967 Monterey International Pop Festival had an incredible lineup. It was the first major American appearance for the Who and Ravi Shankar. It was one of Otis Redding’s biggest, and last, performances. It helped cement Janis Joplin as a star.

And then there was the Jimi Hendrix Experience. Already popular in Europe, the Experience was struggling to make an impact in America. Monterey Pop changed that. It would be enough that Hendrix’s guitar made soaring, eardrum-demolishing sounds the crowd had never heard before. But when Hendrix set fire to his guitar on stage in a sort of divine sacrifice to the rock gods, it cemented his legacy as the greatest electric guitarist of all time for generations to come.

The Prince documentary Sign o’ the Times, based on the album of the same name was a commercial failure but a critical success. Throughout 1987, the March-released album didn’t sell as well as expected in the United States, and Prince decided to direct and film a live concert to fix that. Even after the film came out in the Fall, Sign o’ the Times ended the year at 47 on the Billboard chart (and Prince infamously cancelled the release of his legendary lost “Black Album” that December).

Of course, the story doesn’t end there.

With the benefit of hindsight, the album is widely seen as a masterpiece, arguably the greatest album Prince ever recorded. And the concert film got a second lease on life as video rentals became more prominent throughout the 80’s and 90’s.

It’s not quite as good of a film as Purple Rain, but as a true concert documentary, Sign o’ the Times captures one of the greatest musicians of all time at the height of his creative powers.

If you’ve never heard of the current vanguard of Korean “k pop,” you might be surprised to know how gigantic BTS is on the world stage. They’re one of the biggest bands in the world. They fill stadiums in Seoul, New York, Manila, and everywhere in between. They are a huge factor in Korean pop music’s growing global popularity.

Burn the Stage captures the group on the cusp of superstardom. The docuseries follows their world tour in support of their second album, Wings, and features extensive interviews with the group offering a detailed look at everything a world tour involves. The staging, the practice, the promotion, and the performances themselves are all vividly captured.

As a document of an ascendant group, Burn the Stage shows BTS with a degree of intimacy that simply isn’t available anymore. For example, the only stadium BTS played on the Burn the Stage tour was in their native Seoul. A little over a year later, they went on tour again and played exclusively in stadiums.

At least you can still stream the documentary to get that smaller venue feel in the privacy of your own living room. Just be careful not to blow out your speakers!

Getting everything you need from your home entertainment setup?

Have a question about Optimum Internet service? Contact us for answers.