With our internet speeds, gaming is a win/win for players of all ages

The one game that started it all.

You might find this hard to believe (especially if you’re under 30 years old), but the first home video game system was introduced to the public during the game technology stone age of the 1970s. This was when Atari introduced a very rudimentary video game called PONG. The system sold for about $100 and it immediately took off, and thus, the gaming industry’s evolution began.

Of course, back then gaming speed was crawling at a snail’s pace. Maybe even slower. And the idea of download speed and upload speed was just that, an idea that would not happen for decades. It would require the development of internet service, accessing an internet connection, as well as having features such as wi-fi for the best gaming experience possible (obviously, these days a gamer can simply turn to Optimum for Internet speeds up to 400 Mbps - there's a speed that's perfect for every budget and every digital lifestyle).

A real breakthrough was in 1983 when the Nintendo Entertainment System went to market. Now consumers had more technology for a better gaming experience that fit in their hands. But the real winner was the manufacturer since they sold 2.5 million systems within just the first few days.

Then, in October 2000 PlayStation 2 (PS2) entered the gaming arena and over 500,000 game systems were purchased by gamers in a few short hours. Now, this was far from the gaming experience available with today’s advanced PlayStation 4 (PS4), but it set the foundation for modern gamer systems like these.

All these games were fun, but the technology advances that lay on the horizon would take the gamer experience to a whole new level of "wow." 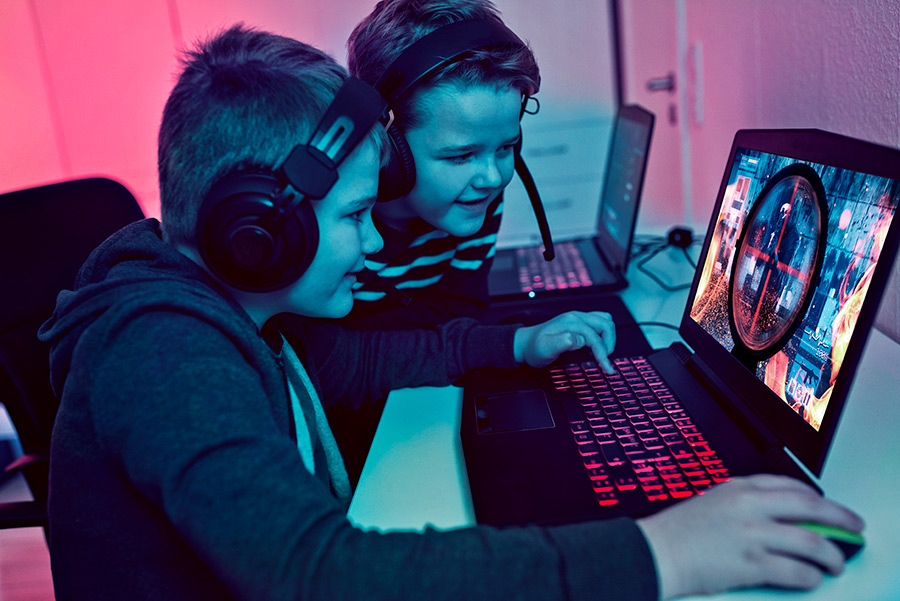 In the early years of gaming the graphics were less than real looking. And you had to play these games on a TV with less than stellar picture quality. That was about to all change with the advent of personal home computers. And while the picture quality began to improve, you still seemed to be playing in slow motion (playing against multiple players slowed the game down even more).

In 1993, LAN networks opened the door to more robust multi-player gaming. From the 2000s on, the advances in the speed and bandwidth of the Internet has led to giving 3.2 billion people access to this technology. Of these people, the ESA Computer and Video games industry report estimates that there are over 1.5 billion gamers throughout the world. But these players utilize what is known as console gaming or playing on a computer or TV.

There’s an old expression that goes “Life is not all fun and games.” If you’re a gamer, you’d probably beg to differ. In fact, according to the ESA, “54 percent of frequent gamers feel their hobby helps them connect with friends, and 45 percent use gaming as a way to spend time with their family.”

What’s more, it’s the gaming experience, and interactivity with other gamers, that has really popularized this form of entertainment to what it is today. Multi-player gaming, as the ESA reports, is defined as an “organized group of video gamers that regularly play together in multiplayer games. These games range from groups of a few friends to 4,000-person organizations with a broad range of structures, goals and members.”

Optimum helps make this kind of gaming experience possible with our new, state-of-the-art Fiber network. It delivers 1 Gig service and intelligent Wi-Fi delivering a truly extraordinary experience that can't be matched. According to the FCC, Optimum's Internet download speeds outperform Verizon Fios and rated #1 in customer satisfaction and #1 in reliability. In fact, Netflix continually ranks Optimum Internet as one of their top internet speed providers.

Now that you know where to go for high-speed internet, let’s talk about where the gaming experience is going. This begins by understanding that the majority of gamers use their laptop or big screen TV (also known as console gaming). This is how they take on the challenges of top games using their Nintendo Switch, PlayStation 4 or XBOX One for gaming sessions. There is a shift away from console gaming toward another way to play. A way that allows the user to take the gaming experience with them.

What if you could take your favorite console-based game out of your living room TV and put it on your smart phone to access the action and fun wherever you are? This is not an aspirational vision of where technology might take gaming, it’s happening right now.

According to NewZoo, “Mobile gaming (includes both the smartphone and tablet), remains the largest [gamer device] segment in 2019, growing +10.2% year on year to $68.5 billion or 45% of the global games market. Of this, $54.9 billion will come from smartphone games. PC gaming will be both the smallest and slowest-growing segment, increasing +4.0% year on year to $35.7 billion. Mobile gaming will generate revenues of $95.4 billion by 2022 and account for almost half of the entire games market.”

If mobile gaming is something you enjoy, it’s nice to know that Optimum provides super powerful, whole home Wi-Fi. How good is the gameplay with our internet service? It’s an incredible 40% better Wi-Fi experience from anywhere in your home. Yes, the connection speed is that good, or we should say that great; making it ideal for video games (especially when there are multiple players involved in the fun).

NewZoo does predict that console gaming will be the fastest-growing segment this year, growing at +13.4% year on year to $47.9 billion in 2019. With that in mind, it is essential to know how much data your internet can handle for optimal performance of popular gaming systems such as XBOX One, PlayStation 4 and Nintendo Switch. 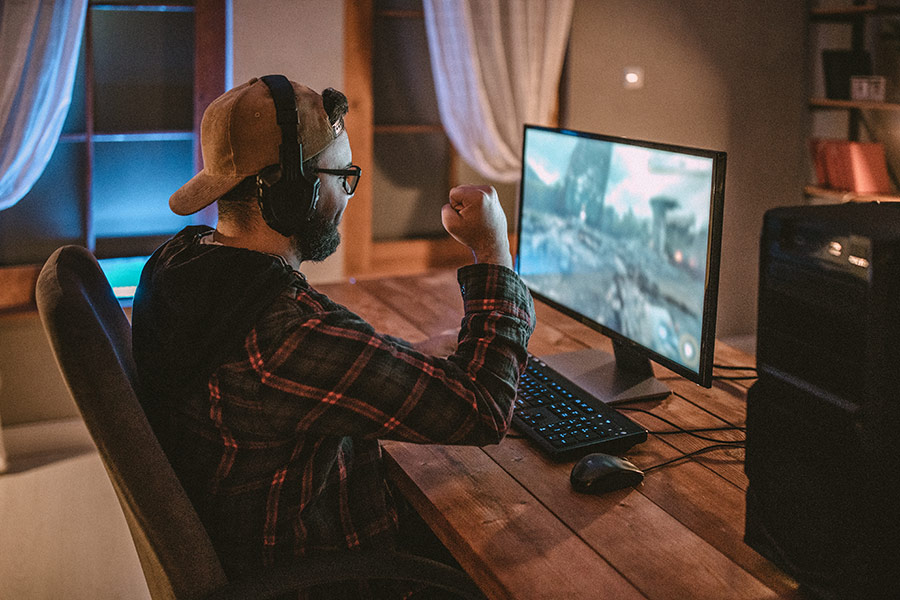 The ultimate gaming experience is one that puts the gamers in the middle of the action. That’s why virtual reality (VR) and artificial intelligence are two technologies that are providing the foundation for the future of gaming. It’s not fully here today, but tomorrow it will be.

“These advances could signify an amazing new chapter for gaming, especially if combined with VR, as they could allow gamers to interact with characters within games, who would be able to respond to questions and commands, with intelligent and seemingly natural responses.”

VR might sound like the perfect path for game developers to take. From the standpoint of an incredible gaming experience, it does seem like this is the way to go. The proverbial bump in the road might be the development costs. These costs have to be passed on to the end-user who might not be so willing to accept, especially if they are young and have limited finances.

These costs concerns are supported in an article written by News.com which states, “A lot of players and a lot of gamers around the world are transplanting their expectations of VR from PC and gaming consoles. They’re expecting AAA graphics and 300 hours of content for $40. The reality is it’s very expensive to develop VR games because we have to have developer content that’s performing for VR hardware, and the hardware is lagging behind by a generation compared to the graphics ability (of PC or consoles).”

Making this technology price viable for everyone will take time. How much time? That is the million-dollar question. Or the $2,500 question since that’s the average cost for a consumer to purchase a powerful PC and VR headset combination.

Now you know where video game technology has been and where it’s going. The big question is where are you going for your high-speed internet service?

We suggest the smart choice for the best upload speed and download speed, as well as the best internet connection and the best internet speed, you need should make the switch to Optimum. Enjoy game play without interruption because of our bandwidth and fiber optics that deliver a superior game playing experience.

Plus, you don’t have to concern yourself with tech terms such as maximum ping, ping rate or even megabits capability – you’re covered with Optimum high-speed internet. We can take your gaming to the highest level of entertainment. After all, you’re not interested in minimum speeds when you require maximum fun with online gaming.