Cable: A proud history of communications.

As cannon balls and musket fire erupted all around his troops, Union General George McClellan knew he needed reinforcements – and fast. As the sun rose higher in the sky on this September day in 1862, McClellan surveyed the field and watched through binoculars as Confederate forces led by Robert E. Lee attacked his flanks on the banks of the Antietam River. McClellan, however, had an advantage that the Southern forces didn’t. He sent a quick telegraph message and before long more men and ammunition were on the way. Although the battle was labeled more of a stalemate than victory, the day was saved.

Throughout the American Civil War, President Lincoln was able to communicate with his commanders in almost real time, allowing him to give direction and also know where his troops were located. Why was this possible? Over 15,000 miles of telegraph cable were strung during the war and allowed over 6.5 million messages to be sent and received. Of course, the war had to be won on the battlefield, but telegraph cable played an important role. 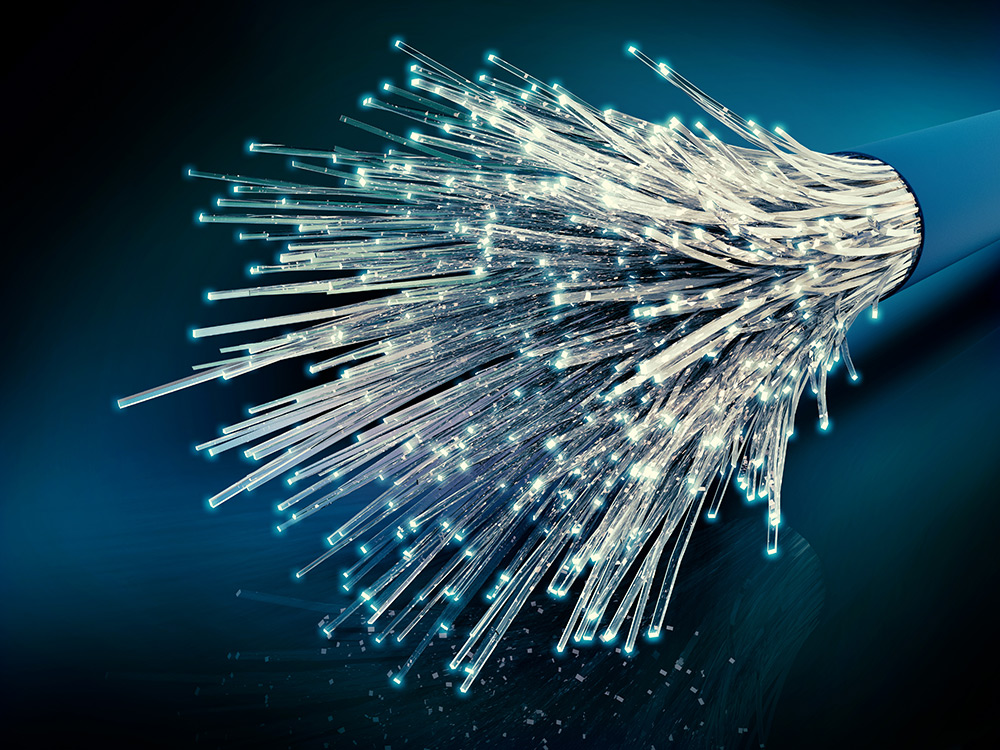 Cable has deep roots in the television industry as well and has long provided viewers with high-quality video and audio signals, even in remote areas of the country.

In 1978, WGN in Chicago became the first “cable TV superstation” by supplying its signal to cable television providers throughout the nation. WTBS in Atlanta followed suit shortly after and cable television ushered in a new era that offered viewers more choices and more value for their cable TV subscription dollar.

As cable television continued to play a leading role in the way people watched television, it was only natural that as the World Wide Web came into prominence, cable would lead the way in terms of high quality internet accessibility. Today, over 100 million Americans subscribe to cable internet because of the many benefits it offers.

So how does cable internet work?
Much like your cable TV service, cable internet service uses the same coaxial cable network to provide your home with internet. Here’s a brief summary of the process:

An internet service provider (ISP) transmits a data signal through coaxial cables to your internet modem. From there, the modem forwards a signal to your internet router and your WiFi system that distributes this data to your online devices such as a laptop or desktop computer, smartphone (including iPhone and Android smartphones), tablets and more.

Bandwidth
This is your internet network’s capacity to transmit data. Like water flows through a hose, your coaxial cable transfers internet data. There needs to be plenty of room – or bandwidth – to allow this data to flow freely. Greater bandwidth equals faster internet speeds.

Modem
This electronic box receives internet data transmissions from your internet service provider and then typically distributes this information to a WiFi router. From here, the internet data is sent to your online devices.

Ethernet cable
This connects your modem to your computer or router. These cables connect directly to a computer or to a WiFi router where data signals are forwarded to your online devices throughout your home or business.

Router
This device converts your modem’s signal into a WiFi signal. When internet modems and internet routers are combined, they are sometimes called a “gateway” system.

Fiber internet
This revolutionary type of internet uses fiber optic cables to transmit light pulses of data to and from your internet system. “Fiber” refers to the thin glass wires – about the diameter of a human hair – that are housed inside of protective cables. This is the fastest type of internet transmission available today.

Satellite internet versus cable internet: Which is better? 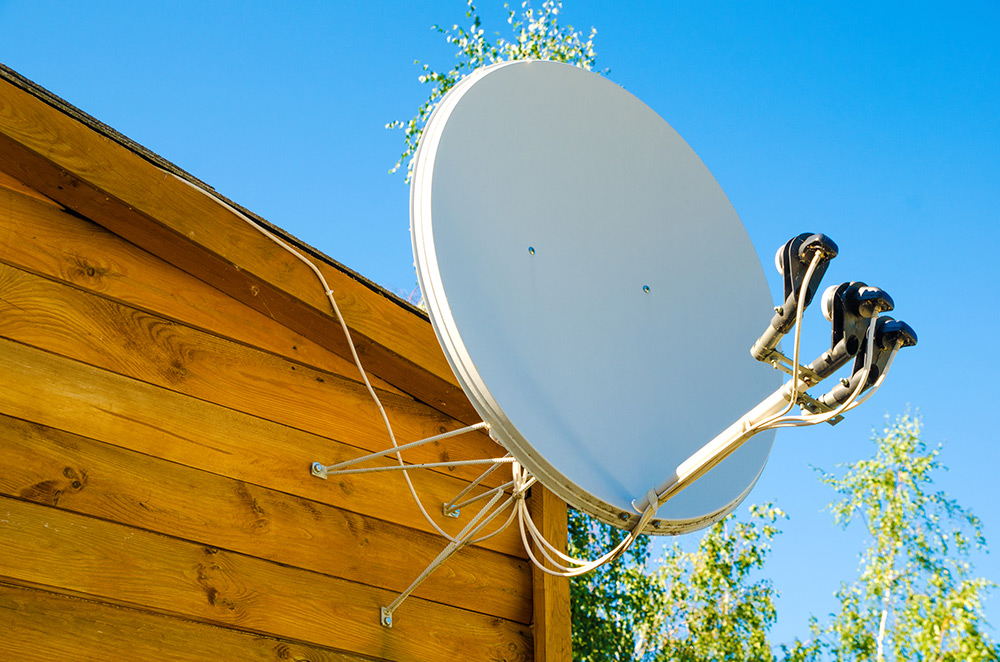 How does satellite internet work?
We think that the experts at How Stuff Works have a good explanation:

Unless you need only one Ethernet connection, you’ll also need a router to distribute WiFi throughout your home.”
How does satellite internet compare to cable internet?
You may have heard a lot about these types of internet services from your local internet service providers. Let’s take a closer look to see how they compare.

Reliability
Cable internet signals are sent through a physical cable rather than a satellite signal which is prone to interruption by other radio signals and even the weather.
Advantage: Cable internet

Maintenance
Cable internet can be paired with your existing television cable and equipment and typically only requires a modem and router. Satellite internet requires a modem, router plus the installation of a satellite on the exterior of your home that must be pointed toward a clear southern sky.
Advantage: Cable internet

Satellite internet provides internet speeds from 12 to 100 Mbps, depending on your ISP.
Advantage: Cable internet 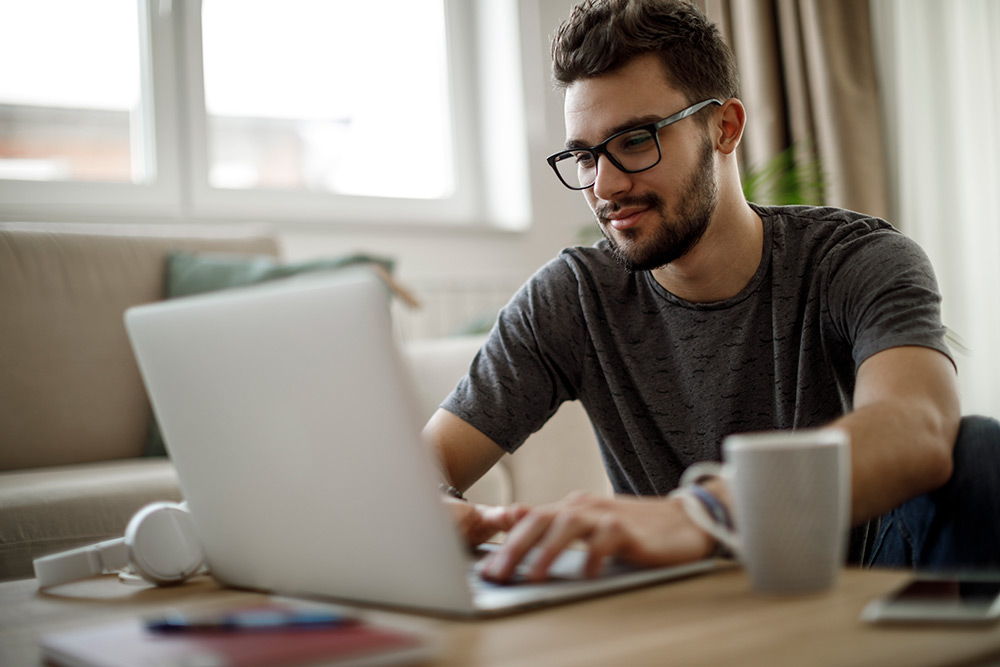 From the Antietam battlefield during the Civil War to your home internet system today, cable is an important part of the way we communicate and how we stay in touch with the things around us.

Optimum keeps you connected with internet packages that offer service with up to 400 megabits per second (Mbps) of internet performance. Or choose Altice One for fiber internet that uses fiber optic technology to deliver the fastest possible internet signals.

Depend on Optimum for all of your internet and entertainment needs – both now and in the future.