Wrestling to find entertainment with a championship ring? Can you say pay-per-view? Optimum and World Wrestling Entertainment (WWE) go hand in hand.

With pay-per-view on Optimum, you’ll be bouncing off the ropes like Randy Orton and Seth Rollins as you watch superlative, smackdown action that can only mean professional wrestling and WWE.

WWE fans can watch from the comfort of their own living rooms as WWF superstars do battle for WWE supremacy in highly anticipated pay-per-view powerhouse events featuring Superstar performers.

As a pay-per-view customer, you can experience all the action with nominal fees, no lines, no late fees and no hassles. And we aren’t talking smack; just plenty of WWE smackdowns, brutal brawls, tremendous trash talking, and timely takedowns. It’s what the WWE is all about.

Simply order from your remote and watch at your convenience as the emotion, physicality and drama of WWE unfolds on the WWE network, featuring compelling and complex characters weaved into dynamic storylines. 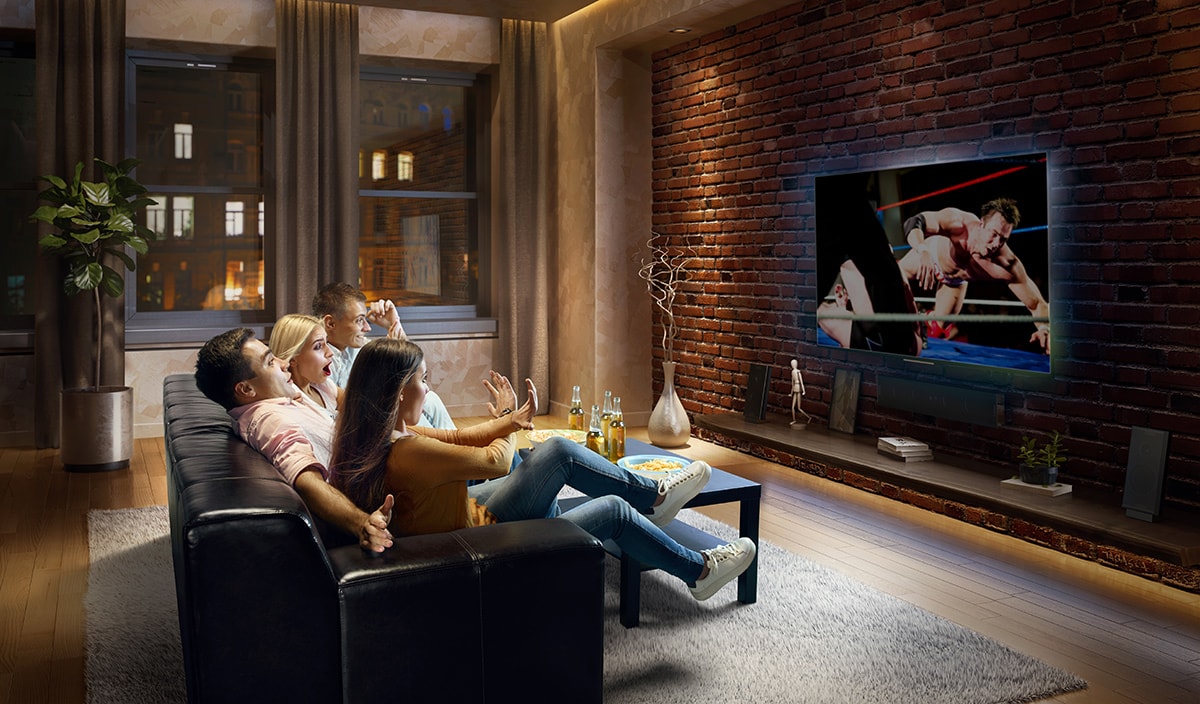 Billed as a born WWE superstar and carrying two nicknames (“The Viper” and “The Apex Predator”), Randy Orton stands a hulking 6’5”, 250 pounds and is one of the most respected figures in WWE. Orton’s pro wrestling pedigree is equally as large. Orton’s father is WWE Hall of Famer “Cowboy” Bob Orton, his uncle Barry “Barry O” Orton and his grandfather, the late “Big O” Bob Orton Sr.

Orton, who is in his second decade as a WWE Superstar, secured his ring legacy by unifying the WWE and World Heavyweight Titles to become the first WWE World Heavyweight Champion in history. Catch this legendary WWE figure on pay-per-view on Optimum.

A WWF Universal Champion, Seth Rollins is the only man to cash in his Money in the Bank contract in the main event of WrestleMania and the lone professional wrestler to ever simultaneously hold the WWE Championship and United States Championship. Rollins is also the first WWE NXT Champion. Pay-per-view is where you can see Rollins, often called Seth “Freaking” Rollins because he is “Freaking Good.“

AJ Styles made his highly anticipated WWE debut in the 2016 Royal Rumble Match, and buttressed his pro wrestling reputation by defeating the likes of John Cena and Randy Orton. Styles calls SmackDown “The House that AJ Styles Built.” Order pay-per-view and watch the stylish Styles from your own house.

John Cena continues to be a sensation in and out of the ring. Not only is the 16-time World Champion a true WWE superstar, Cena is a New York Times best-selling author, singer and an actor. Cena is a two-decade WWE stalwart who claimed his first WWE Championship at Wrestle Mania 21. Become part of “Cenation” by ordering pay-per-view today.

Ronda Rousey. Need we say more? Rousey, the first UFC Bantamweight Champion and woman to be inducted into the UFC Hall of Fame, has crossed over to WWE in impressive, explosive fashion. “Rowdy” Ronda has already left her mark on opponents and the WWE, vanquishing Alexa Bliss at SummerSlam 2018 to capture the Raw Women’s Championship. In the main event at WrestleMania 35, Rousey tangled with Becky Lynch and Smackdown Women’s Champion Charlotte Flair in a classic winner-take-all-match, where she experienced her first pin-fall loss in WWE. Ronda Rousey on pay-per-view will have a hold on you.

The daughter of legendary world champion Rick Flair, Charlotte Flair’s own professional wrestling career took off when she defeated Natalya five years ago in the NXT Takeover. Since then, Flair has flourished as a full-time Superstar in WWE. A pay-per-view primetime performer, Flair is undefeated over 16 pay-per-views which includes a thrilling victory over Sasha Banks in a Hell in a Cell Match. See all the Flair with pay-per-view.

From WrestleMania to Hell in the Cell, Pay-Per-View Provides Exciting WWE Shows

WWE has superstars and equally super shows on pay-per-view on Optimum. WWE’s lineup will leave you pinned to the couch and fixated on the screen from start to finish. Here’s a look at some of the WWE programming highlights offered exclusively on pay-per-view:

Considered the biggest WWE event of the summer, SummerSlam goes north of the border for plenty of mayhem and disorder at Scotiabank Arena in Toronto. In addition, NXT Takeover Toronto 2, Raw and Smackdown will take place in Toronto that week as part of SummerSlam week. Dog days of summer? Not with SummerSlam on pay-per-view.

One of WWE’s premier “Big Four” events, along with WrestleMania, SummerSlam and Survivor Series, Royal Rumble is a wintertime Pay-per-view spectacle, pitting WWE superstars in a classic battle royale. Order pay-per-view from your remote and you will be treated to some royal entertainment – WWE style.

Life in the Fastlane is furious, and you’ll have fun watching all of the fantastic action in this annual WWE event available through pay-per-view.

Money in the Bank

With pay-per-view, Money in the Bank takes on new meaning. Pay-per-view’s nominal fees means no lines, no late fees and no hassles to watch one of WWE’s most anticipated cards of 2019 at the Hartford XL Center in Hartford, Connecticut. Money in the Bank will feature Men and Women’s Ladder Matches with the winners earning the right to money in a guaranteed title opportunity against a world champion. Take it to the bank. Order pay-per-view for Money in the Bank.

Hell in a Cell

Sheer Hell awaits wrestlers in Hell in a Cell, a hugely popular and longtime WWE show where combatants do battle in a hellish, wire cage. Who will be incarcerated in the Cell this year? Pay-per-view is your key to Hell in a Cell. 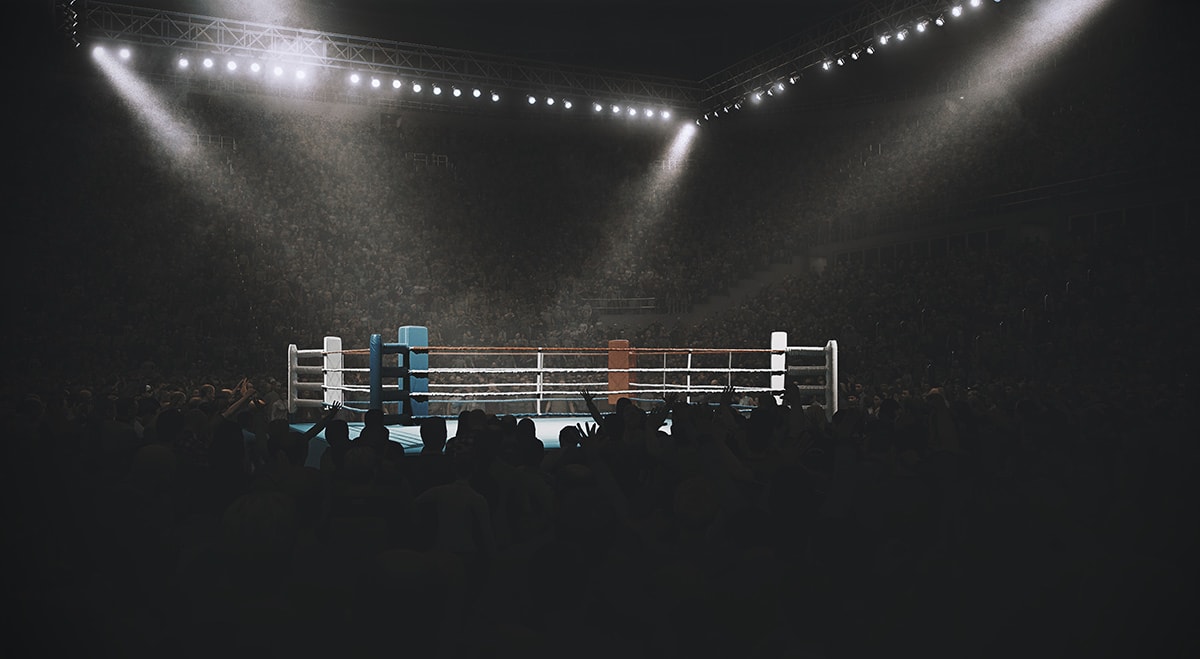