Where to Stream Classic TV Reruns

Are you getting everything you need out of your home entertainment hookup?

There may be no better cure for stress in turbulent times than a classic TV binge. When the world goes topsy-turvy, you can always reach for the remote, and practice some soothing self-care with a little help from your favorite familiar characters.

Finding the right golden-era TV show to rewatch can be a challenge in itself, so Optimum has the scoop on streamable reruns. 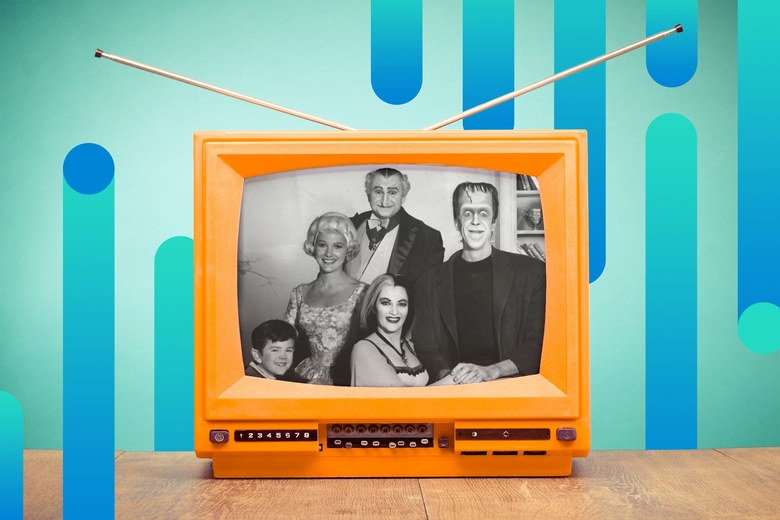 What Classic TV Shows Are Streaming on Netflix?

As the streaming wars continue and seemingly every media outlet announces its own proprietary streaming service, Netflix has been leaning on original content as a way of luring subscribers. But there are still a few classics to choose from among their hot new exclusive movie and TV titles.

Welcome to a world of darkly ironic plot twists that nonetheless harken back to a simpler time. The Twilight Zone brings vintage spooky vibes full of commentary on human nature that remains as incisive as any episode of Black Mirror. Rod Serling created and narrated this anthology series of mind-bending and sometimes scary stories that will have you thinking - and talking - long after each episode ends.

Trace this cultural phenomenon and global bastion of sci-fi production back to its relatively modest source with the original series on Netflix. The show that started it all was like nothing else on TV at the time, but still holds up as both a campy delight and serious sci-fi. Technicolor uniforms, cardboard sets, and scenery-chewing acting by William Shatner collide with genuinely interesting scripts set in a fascinatingly conflict-free future. And while you’re here, Netflix also has the Star Trek: The Next Generation, Star Trek: Deep Space Nine, Star Trek: Voyager, and Star Trek: Enterprise, so you can binge away well into the final frontier. 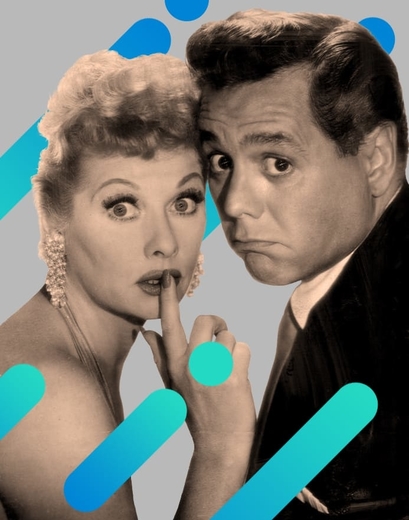 What Classic TV Shows Are Streaming on Hulu?

The Hulu streaming service is owned and operated by Disney, but was originally launched by NBCUniversal, so it currently offers access to an extensive catalog of classic TV from multiple networks. If you’re unsure which streaming service to subscribe to, but know you’re looking to binge-rewatch some classic TV titles, Hulu is a good place to start.

Toss up that blue beret and join Mary Tyler Moore in Minneapolis. After Mary Richards breaks up with her boyfriend, she heads to Minneapolis to work at the lowest rated TV station, WJM-TV. Enjoy 7 seasons of Mary and her plucky co-workers while you get settled in.

Have mercy! Take a trip across the Golden Gate Bridge with the Tanner family. When Danny’s wife passes away, he recruits his best friend Joey and his wife’s brother Jesse to help raise his three daughters. While this show never spares familial hijinx and crazy antics, there’s no shortage of sweet moments and lessons learned. You know you’re learning something when the slow music starts playing - and the Tanner family never turns down a good hug.

Pop open a bottle of wine (forget that Lucy may have stomped on the grapes to make it) and bundle up on the couch. Lucy and Ricky Ricardo are live in New York City, where Ricky is a successful nightclub musician and Lucy always has a new scheme to break into showbiz. Whether Lucy is trying some “Vitameatavegamin” or messing up the assembly line of a chocolate factory with her best friend Ethel, you can guarantee your evening will be filled with laughs.

No show puts a hilarious spin on tough times quite like M*A*S*H. Laugh to keep from crying along with a lovable cast of characters from the 4077th Mobile Army Surgical Hospital. No show in TV history has ever been this skillful at blending wacky antics with humbling pathos, and M*A*S*H struck a chord - its record-setting series finale drew 106 million viewers back in 1983.

What Classic TV Shows Are Streaming on HBO Max?

If you’re looking to catch up on prestige drama, HBO has been a go-to for decades. Edge-of-your-seat series like Game of Thrones, The Sopranos, and The Wire lead the charge, but those in the market for more comfort-friendly binges might be pleasantly surprised by the expanded slate of titles available through HBOMax’s extended back catalog. For example:

While you may not be able to rent the Fresh Prince AirBNB house, you can have your own fall staycation and binge Fresh Prince of Bel-Air on HBO Max. After Will’s mom sends him from their rough neighborhood in West Philadelphia, he goes to live with his wealthy Uncle Phil and the rest of the Banks family in Bel Air, California. It’s a classic fish-out-of-water scenario, but the Fresh Prince soon finds himself getting along swimmingly with the upper-crust Banks family.

Monsters. Mysteries. Extremely predictable plot twists. 70’s conversion vans. A crew of archetypal sleuths modeled after colleges in Massachusetts. You can’t match Scooby and the gang for enduring appeal. Rare indeed is the kid/parent combo who won’t enjoy an episode or two of spooky (pointedly, not scary) fun, even 50 years after the show’s original debut in 1969. Gather the family around a bowl of popcorn - and a large tray of your favorite snacks (in honor of Scooby and Shaggy, of course) - and see what nefarious plots run afoul of a Mystery Gang of meddling kids.

Whether it’s rabbit season or duck season, Saturday morning or Wednesday evening, it’s always a great time for classic Looney Tunes. Go back to the source to find where iconic characters like Bugs Bunny, Daffy Duck, Porky Pig, Tweety, and so many more got their start, with classic shorts streaming on HBO Max. Perfect for any generation, you’ll be able to share your childhood laughs with your children.

The relatively new streaming service owned by NBCUniversal reaches back into a huge vault of TV classics. If you’re looking to stream past favorites, a subscription might be in the offing.

Everything is normal on 1313 Mockingbird Lane, just a regular family trying to make their way in the 1960's. Herman and Lily Munster live with their son Eddie, niece Marylin, and Grandpa, a TV sitcom depicting a true slice of life story. Also, they’re all monsters. Herman is Frankenstein’s monster, Lily and Grandpa are vampires, Eddie’s a werewolf, and Marylin… well she’s just a regular girl, but the rest of the Munsters don’t hold it against her. The Munsters are often viewed as the funkier, more fun-loving antidote to the relatively dry Addam’s Family, but figuring out your own preference is half the fun.

There’s nothing we all need more than a good laugh...or two...or three. The sketch/variety show starred the always funny Carol Burnett and her equally hilarious cast: Harvey Korman, Vicki Lawrence, Lyle Waggoner, and Tim Conway. With Carol’s famous sketches like, “As the Stomach Turns,” “The Charwoman,” and “The Queen,” the whole family will be crowded around the TV for side-splitting fun.

Are you getting everything you need from your home entertainment hookup?