Our Streaming Suggestions for Pride Month 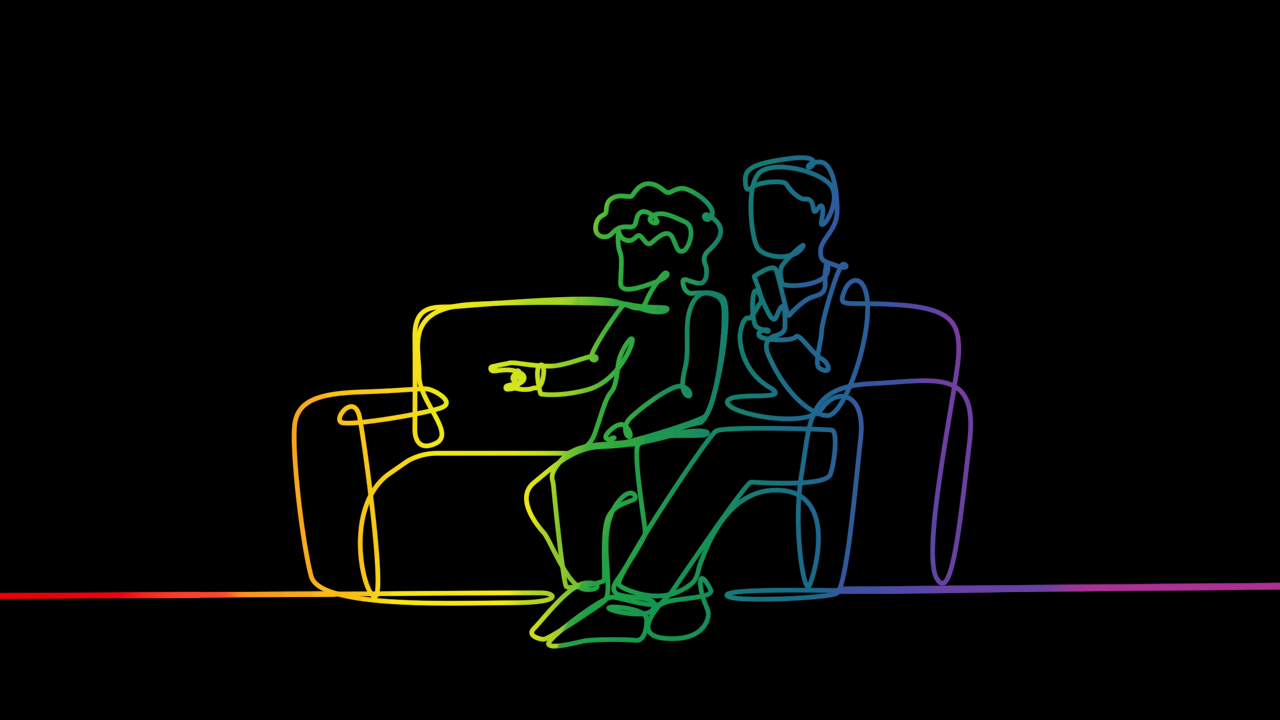 June has officially become LGBTQ+ Pride Month, in honor of the June 1969 Stonewall Riots. This event consisted of the queer community challenging oppression in the streets of New York. Now, we have the incredible opportunity to celebrate those who have fought for liberation and made remarkable triumphs for the LGBTQ+ community every year in the month of June.

We recognize that film and television are powerful mediums and that representation of people both on and off screens are important. For this reason, we would like to take some time to recognize means of entertainment, such as documentaries, reality shows, television shows, and movies that have taken great strides to represent queer culture in a positive light, exhibiting to audiences the importance of letting differences unite us, not divide us.
While these entertainment options may not paint a full picture of the LGBTQ+ experience, they certainly help get the conversation started and will hopefully encourage viewers to learn more about queer culture.

Our “must-watch” list below is a great place to start this June!

Documentaries and reality shows are a great option because you get to live vicariously in the shoes of someone else. This means of entertainment allows people who have been in real situations, or who have been a part of relevant events, to speak and reveal their truths.

After Andy Warhol is shot in 1986, he begins documenting his life and feelings, such as his crushing insecurities and struggles with sexuality. His diary entries, and this series, reveal the secrets behind his persona.

This film is the third installment of a five-part documentary film series. It focuses on Caitlyn Jenner’s life (formerly known as Bruce Jenner) and her dedication to winning the Decathlon gold in the 1967 Montreal Olympics.

Building a Bridge follows a priest on his journey to make the Catholic Church more accepting of the LGBTQ+ community, despite loud opposition from both inside and outside the Church. Shows Sunday June 26th at 10pm EST as part of the “Can We Talk About This” series of documentaries.

The Circle (Trailer, Available on Netflix)

Season 4 of the popular show premieres May 4th. The show promises more twists and turns than ever before, and even hints at a possibility of a surprise appearance by the Spice Girls. One of the main cast members is a gay woman, who also happens to be an influencer, Crissa Jackson.

This reality show is narrated by Lindsay Lohan and throws together several single adults into a fictitious high school situation for “a full term of love, lust and drama.” We’re excited because the series features several queer characters.

This documentary is about the Australian athlete, Tayla Harris. She is a successful boxer, as well as a player in the NAB AFL Women’s Competition for the Carlton Football Club. The documentary features her love of sports, the things that make her tick, as well as the impacts of social media, cyber-bullying, and sexism. Tayla also happens to be part of the LGBTQ+ community.

While documentaries clue us into historical and factual events in real-time, movies reflect the past, present, and future. They capture stories that are told and untold, ones that audiences can relate to and learn from.

Centered on the friendship between a pregnant mother of two and her nanny (Mackenzie Davis), Diablo Cody’s Tully stars Charlize Theron, a bisexual mother. This is not a focal point to the plot, however.

Elle (Lily Tomlin) is a lesbian poet, one day she’s paid a visit by her pregnant teenage granddaughter, who wants an abortion but cannot afford one. The duo goes on a quest for the funds by contacting both Elle’s friends and her exes.

This is known to be one of the best lesbian movies of all time. It is a sweet romantic comedy about a Chinese-American surgeon and a ballerina who fall in love, despite being very different from one another.

This legendary, shot-on-an-iPhone film, shares the story of a trans sex worker who is released from jail, immediately meets up with her friend, and soon discovers that her boyfriend has been cheating on her. They set out to track him down on Christmas Eve.

It’s easy to get attached to the fictional characters in a series, as audiences tend to grow closer to these people as their favorite series progress. This is why the representation TV characters give is so pivotal.

The series follows the trials and tribulations of the formerly affluent Rose family. They are forced to relocate to Schitt's Creek, a small town they once purchased as a joke. One storyline within the show focuses on the blossoming romance between David Rose and his business partner, Patrick.

Behind The Curtain: Todrick Hall (Trailer, Available on STARZ)

Todrick Hall launches his most ambitious project to date: a full-scale of original musical.

This series is an appealing spinoff of Crystal Moselle’s 2018 indie film, Skate Kitchen. It follows five female skaters in pre-pandemic New York. The girls vary in sexual orientations, but they all still have in common the struggle of fitting into a traditionally male subculture and facing issues regarding race, class, and sexuality.

This short series only last for one full season in 2017 and was based on Star Jones’ memoir of her experiences on The View. One bisexual character, Kibby, made this show very enjoyable, as well as a character, Heather, who struggled with her child coming out as transgender.

The prime-time hip-hop soap opera focuses on Jamal Lyon, the R&B-crooner son who’s after music-mogul dad Ludicis’ crown. The series gives a gay character of color a lot of visibility and has managed to successfully change many conservative viewpoints in the black community.

How to Stream Movies on Your TV