What is ESPN Plus?

How ESPN is stepping up their game.
Athletes from more than 100 countries, competing in 60 different sports. Manicured baseball fields, world-class ice rinks and state-of-the-art complexes for basketball, volleyball and gymnastics. Fine restaurants featuring a delectable selection of international cuisine for hungry spectators and sports fans. A full schedule of games and events. What is all of this: the Olympics? 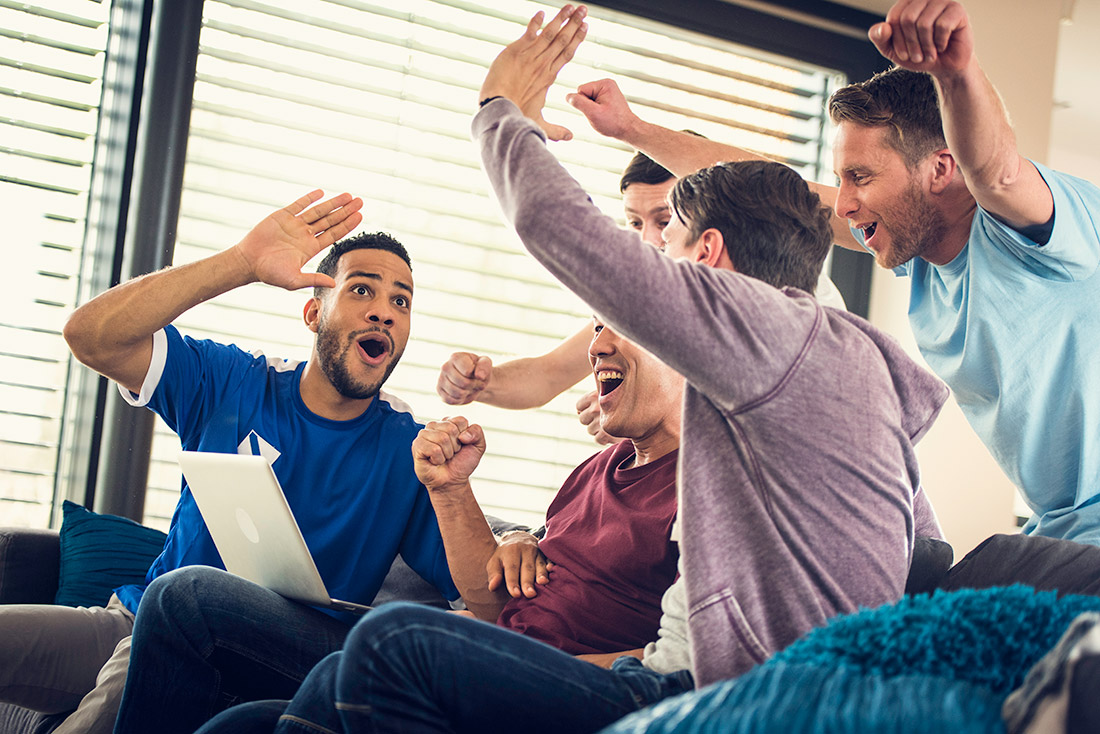 Actually, it’s the ESPN Wide World of Sports Complex in Orlando, Florida. Any of you remember ABC’s Wide World of Sports from the 1970s that featured Jim McKay famously voicing “The thrill of victory . . . and the agony of defeat.”  The sports complex is named after this iconic show.

(Little known fact: The skier who takes the horrific fall in the opening Wide World of Sports credits is Vinko Bogataj, who on a previous attempt had one of the best jumps of that day. How does Vinko feel about being “The Agony of Defeat Guy”? In a 1990s interview Vinko said, “There’s a very fine line between victory and defeat. Jim McKay describes it perfectly.” Vinko’s fall was featured on the show every Saturday afternoon for nearly 30 years.)

So what does all of this have to do with ESPN Plus, the new streaming app that offers sports programming?

Well, in 1996 the Walt Disney Company purchased ABC, who at the time owned ESPN. So in this buyout, Disney received an 80 percent share of ESPN. Of course, the company that brought us Mickey Mouse, Cinderella and Frozen, does not do things in a small way. So they developed the sports-themed complex in 1997 on over 200 acres within the Walt Disney World Resort just outside Orlando, Florida. Today, the ESPN Wide World of Sports Complex hosts hundreds of sporting events and has millions of visitors annually.

Disney is of course known for its innovative influence in the theme park, entertainment and now sports industry. They have added their unique thinking to the ESPN network and now a new streaming app – ESPN Plus.

ESPN Plus: A new streaming app for sports fans.
While ESPN is a powerhouse that offers an impressive lineup of sports content, live games and original programming, Americans can never seem to get enough sports. In fact, the average sports fan spends over eight hours a week watching and streaming sporting events and consuming sports content.2

With a new ESPN app and streaming service, ESPN is catering to these fans and offering them programming that includes: PGA golf, UFC, UFC Fight Night and some UFC pay-per-views (PPVs), MLB, NHL, MLS and international soccer including ESPN FC and FA Cup soccer league, tennis, top rank boxing and PGA golf.
Make no mistake, the ESPN Plus app is not a replacement for the ESPN network of stations. Nor is it a less expensive way to watch ESPN programming including college sports, college football, college basketball, NFL and MLB games and other live sports that are featured on ESPN, ESPN2 and ESPNU .

What you will get on ESPN Plus and its new streaming service are other games and live events that are not on the ESPN networks including games and live events from the NHL, MLB, NHL, PGA golf, UFC, UFC Fight Night and UFC pay-per-views (PPVs), MLS and international soccer including ESPN FC and FA Cup soccer league games, top rank boxing, PGA golf and tennis.

How you can watch ESPN Plus.
If you’re one of the “cord cutters” and prefer to watch streaming content as opposed to cable, ESPN Plus is a solid option. Some of the ways you can watch the ESPN Plus app (which is part of your ESPN account) include: on your smartphone (iPhone or Android), tablet, smart TV, Apple TV, PlayStation®4, Xbox One, smart televisions including Samsung, Sony and other brands, Chromecast, Amazon fire television devices, and Roku players. ESPN.com offers additional directions for accessing the ESPN Plus streaming app. Also, keep in mind that for some games, blackout restrictions may apply and California privacy rights may come into play.

A competitive playing field.
As the younger generation continues to move beyond cable television and stream their shows and video content on smartphone, tablets, laptops and other devices, the ESPN Plus app faces hundreds of competitors and has to bring its “A game.” Being associated with the ESPN name means little to these younger viewers who are seeking the best sports content and if there is a subscription fee associated with it, it has to bring clear value. Currently, the ESPN Plus subscription rate is $4.99 a month or $49.99 a year.

President of ESPN James Pitaro is tasked with making the ESPN Plus app a standout in the sports viewing landscape while not allowing it to be a distraction from the programming that exists on the ESPN TV networks.

Pitaro has a clear vision for the ESPN Plus app. “Young people want to feel like athletes are speaking directly to them, in an authentic way. We are very focused on partnering with athletes to tell their own stories and enticing them to do it with us,” says Pitaro. “We’re doing it with NBA players LeBron James and Kevin Durant, both on ESPN+. You can expect to see much more of that because we believe that’s what the younger sports fan is interested in today.”

He also says that young fans will also enjoy original programming from former Lakers’ star Kobe Bryant, Super Bowl Champion Peyton Manning, plus other original shows. Pitaro has also been reportedly spearheading an effort that will combine ESPN Plus, Disney Plus and other apps into one appealing bundle for sports fans using a Netflix type marketing model.

The bottom line on ESPN Plus.
This app is not designed for mainstream sports, big time games and constant SportsCenter updates. But if you appreciate watching some of the sports that are a bit off the radar for some viewers with some MLB and NHL games mixed in, ESPN Plus could be a grand slam. While the ESPN moniker will garner attention and will encourage many sports fans to give it a try, ultimately the success of the app will depend on the way the content connects with young viewers and sports fans of all ages, as well. 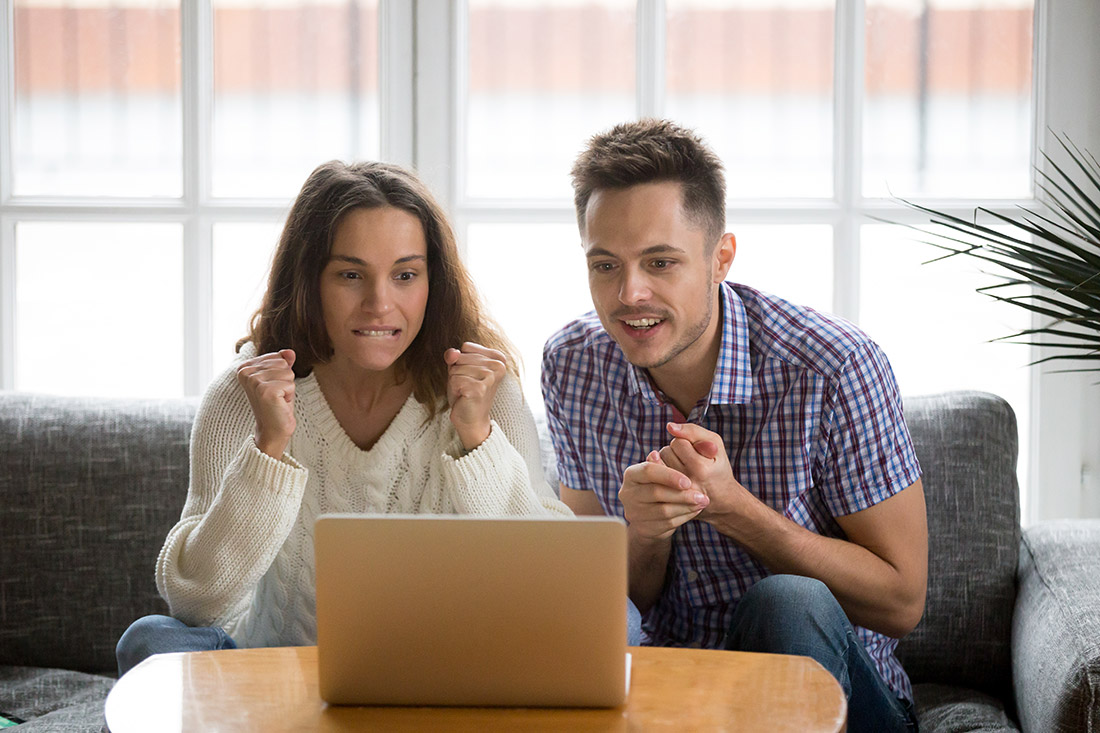 Optimum: Let’s play!
Speaking of connecting with people of all ages, Optimum has the internet, television and entertainment content you’ll love. Altice One includes high-speed internet, whole home WiFi, 4K ultra HD, a voice-activated remote and more, all in one affordable package.

At Optimum, we’ll continue to work hard to bring you the best technologies and offerings for your sports and entertainment dollar.