ESPN Plus: What the Service Offers and How Much It Costs. Is It Worth It? 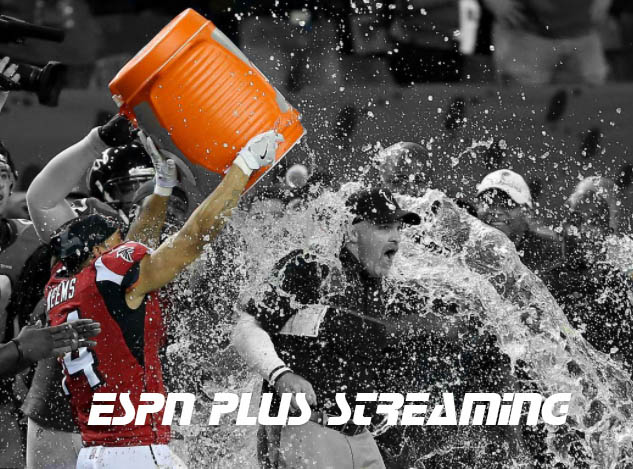 How ESPN jumped into the streaming game.

Avid sports fans are more than familiar with ESPN programming. The multinational sports network is found in millions of homes and the company is jumping into the streaming service pool with ESPN Plus (ESPN+). The service is not a replacement for existing ESPN channels, but rather a supplement to what the ESPN channels currently offer with exclusive content and features for sports fanatics.

Even people who do not follow sports recognize ESPN’s venerable brand. The multinational sports network has been a mainstay in the lives of many sports fans, and back in 2018, ESPN entered the streaming arena with its own streaming app, ESPN+. Though the streaming service is not a replacement for ESPN’s wide array of existing channels, it acts a as supplement to those channels by offering exclusive content.

What is ESPN Plus?

ESPN+ (sometimes stylized as ESPN Plus) is a streaming service from, you guessed it, the sports network ESPN. When it first launched back in 2018, it was used as a home for ancillary content that didn’t quite fit the television channels, but the service has since carved out a niche in the sports world by offering unique, supplementary content. Aside from being a sports-focused service, ESPN+ differs from many of its mainstream peers by not only offering recorded content, but live content as well. While ESPN+ isn’t a replacement for other ESPN channels or subscriptions, the service complements them with access to VODs, stats, highlights, analysis, and more. It’s a great place for fans of soccer and UFC matches.

What does ESPN+ cost?

There are three different subscription models for ESPN+. The standalone subscription costs either $5.99 per month or $59.99 annually. While the annual cost is more expensive up front, that model saves you around $12 per year. If you’re subscribed to other Disney-owned streaming services, or are looking to be, you can pay $13.99 per month for an ESPN+, Disney+, and Hulu package. If you’re a fan of UFC and a patient shopper waiting for a deal, ESPN occasionally offers deals by bundling yearly ESPN+ subscriptions with UFC pay-per-views.

How does ESPN+ work?

Is ESPN+ worth it?

A major benefit of ESPN+ is that, along with its inherent streaming offerings, subscribers gain access to the content locked behind the ESPN Insider paywall on ESPN.com. Recently, ESPN not only began creating significant amounts of content for ESPN Insider, as well as moving some of its more popular coverage behind the Insider paywall. Also included with the ESPN+ subscription are select live MLB, NHL, NBA, and MLS games in addition to college sports, PGA golf, Top Rank Boxing, and Grand Slam tennis matches. You’ll also find the United Soccer League, cricket, rugby, Canadian Football League, English Football League, and UEFA Nations League games. ESPN also has a multiyear deal with the FA Cup — the oldest domestic cup tournament in the world — to stream English football matches in the US. The service also provides access to the Bundesliga, Germany’s top football league.

What devices does ESPN+ work with?

ESPN+ supports a wide array of iOS and Android devices that can access the service through the ESPN app, with the ability to stream to a Chromecast. Additionally, the service supports all browsers, including Chrome and Safari, as well as Smart TVs, set-top boxes, and game consoles.

Here is the full list of devices ESPN+ supports:

Speaking of connecting with people of all ages, Optimum has the internet, television and entertainment content you’ll love. Altice One includes high-speed internet, whole home WiFi, 4K Ultra HD, a voice-activated remote and more, all in one affordable package.

At Optimum, we’ll continue to work hard to bring you the best technologies and offerings for your sports and entertainment dollar.

Are you ready to stream your favorite sports?
Explore our Packages

5G vs. 4G: Differences Between Speed, Service and Quality