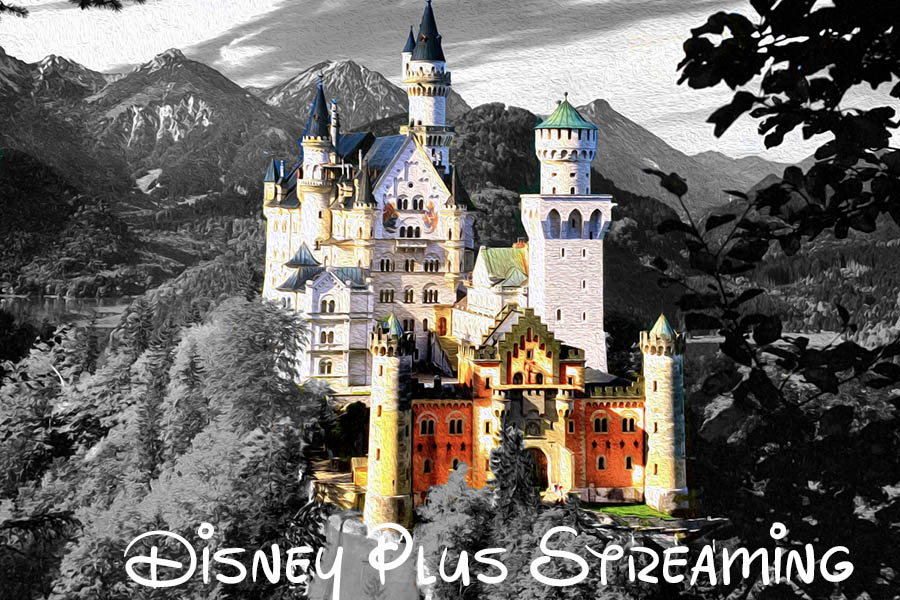 The Magic of Disney… and now Disney Plus

Although it sounds rather sinister, the Disney underground consists of some of the world’s largest utility tunnels under Walt’s Disney’s Magic Kingdom in Orlando, Florida. While the park goers are enjoying a day of rides, food and family fun, a whole other “world” is going taking place beneath them.

What inspired this interconnected network of passageways design under the park? The Daily Mail of Great Britain investigated and found out more about these “utilidors” (short for “utility corridors”):

“According to modern legend, Walt Disney was bothered by the sight of a cowboy walking through California Disneyland's Tomorrowland en route to his post in Frontierland. He felt that such a sight was jarring, and detracted from the guest experience. Since the California Disneyland was small, such a tunnel system could not be feasibly implemented. When the new Florida Disney park was being planned, engineers designed utilidors to keep park operations out of guests' sight.”

One more interesting fact: most of these utilidors were built at ground level. Many of the attractions at Magic Kingdom are one story above ground level. In their excitement, park goers typically do not notice the gradual ascent as they enter the park.

Every year, Disney World hosts a Halloween party in the Magic Kingdom on select nights around the time of the holiday. During Mickey’s Not-So-Scary Halloween Party, guests can show off their Halloween costumes, check out not-so-scary parades, and even trick-or-treat around the park. Not too far from the Magic Kingdom, sitting atop Disney’s Contemporary Resort, is the upscale California Grill restaurant. Its view overlooks the Magic Kingdom, close enough to see the park’s taller features, like Space Mountain and Cinderella Castle. If you’re savvy (or lucky) enough to have a reservation at California Grill at the right time during Mickey’s Not-So-Scary Halloween Party, you’ll be privileged to one of Disney World’s weirder little events. During the Halloween parade, the Magic Kingdom streams the creepy organ music from the Haunted Mansion ride over the park’s speakers, but, hilariously, the high-end California Grill will dim the lights of the restaurant and stream the same haunted house music into the high-end establishment. For a while, this was about as far as Disney delved into streaming, but back in November of 2019, Disney launched Disney+ and began streaming something more than hilariously discordant haunted house music into a fine-dining restaurant.

Disney+ (or Disney Plus) launched in 2019 and earned itself millions of subscribers, not only due to its deep catalogue of Disney, Marvel, and Star Wars content, but with the help of National Geographic documentaries and beloved Disney Channel shows.

Its content library is ever-growing, with Disney regularly adding classic content from its vault, as well as having a slate of original content – like a ton of original Marvel and Star Wars shows – announced for the future.

How much does Disney+ cost?

As of March 2021, a Disney Plus+ monthly subscription costs $7.99 per/month, while the annual plan is $79.99 per/year, with two months free. Since Disney purchased Hulu and ESPN, you can now opt for the Disney+/Hulu/ESPN+ bundle. This bundle offers two tiers: 12.99 per/month and Hulu includes ads and an ad-free tier for $18.99 per /month. Disney+ is around half the price of HBO Max and even cheaper than Netflix’s lowest tier option!

The bare necessities to watch Disney+

You can stream Disney+ on a variety of devices including mobile phones, tablets, web browsers, smart TVs, and streaming media devices:

As you see, Disney+ has got content to spare!

While you probably know Disney for its classic movies and television shows, Disney+ offers original programming like Apple TV, Netflix, Amazon Prime and other streaming services.

Some hit shows and movies you can watch right now on Disney+ include WandaVision, The Falcon and the Winter Soldier, Star Wars: The Clone Wars, The Mandalorian, Star Wars Rebels, Rogue One: A Star Wars Story, The World According to Jeff Goldblum, and the confusingly named High School Musical: The Musical: The Series. Don’t forget you can also watch the vast majority of the Marvel Cinematic Universe on Disney+ as well.

Don’t forget, back in March of 2019, Disney+ acquired Fox Studios, resulting in them now some beloved Fox properties being available to stream on Disney+, including 30 seasons of The Simpsons (and counting!), Marvel’s X-Men franchise, and James Cameron’s the Avatar franchises.

According to Disney.com, “the vault is open” when it comes to Disney+. That means you’ll have access to movies like Old Yeller, The Apple Dumpling Gang, One Hundred and One Dalmatians, The Lion King, Aladdin, Beauty and the Beast, Toy Story, Frozen, Finding Nemo, Herbie the Love Bug, Snow White and the Seven Dwarfs, and many more.

Since all Disney content is fair game, you’ll also be able to enjoy classic shows from the past like Lizzie McGuire, Good Luck Charlie, That’s So Raven, and Duck Tales.

In what part of your world is Disney+ available?

The service will be expanding to Singapore, Hong Kong, and South Korea in the latter part of 2021.

You’ve got a friend in Optimum.

If you and your family love Disney, Star Wars, Marvel, as well as classic and original programming, Disney+ is a great option. It already made an enormous splash with The Mandalorian and Baby Yoda, so just imagine what else is on it's way!

Speaking of great access to things you enjoy, Optimum offers outstanding high-speed internet packages, including Altice One featuring internet speeds up to 1 Gigabit per second (Gbps). – We even have free installation specials. Don’t miss your opportunity to enjoy great apps like Disney+ and other exciting entertainment. – Get Optimum today!