The Ultimate Guide to Streaming Services

Watching TV over the internet – also known as streaming – is a great way to catch up on all your favorite shows, movies, sports and more. But do you know your Hulu from your HBO? Does Amazon Prime have the best movies to stream? And how much will your kids watching Frozen on repeat cost you?

In this ultimate guide to TV streaming services, we’ll explain the differences between the major subscription providers, how much each of them cost, and what hardware they’re compatible with. Most importantly, we’ll look at the television programs and movies that are available on each service.

Sit back, relax, and grab a bowl of popcorn… 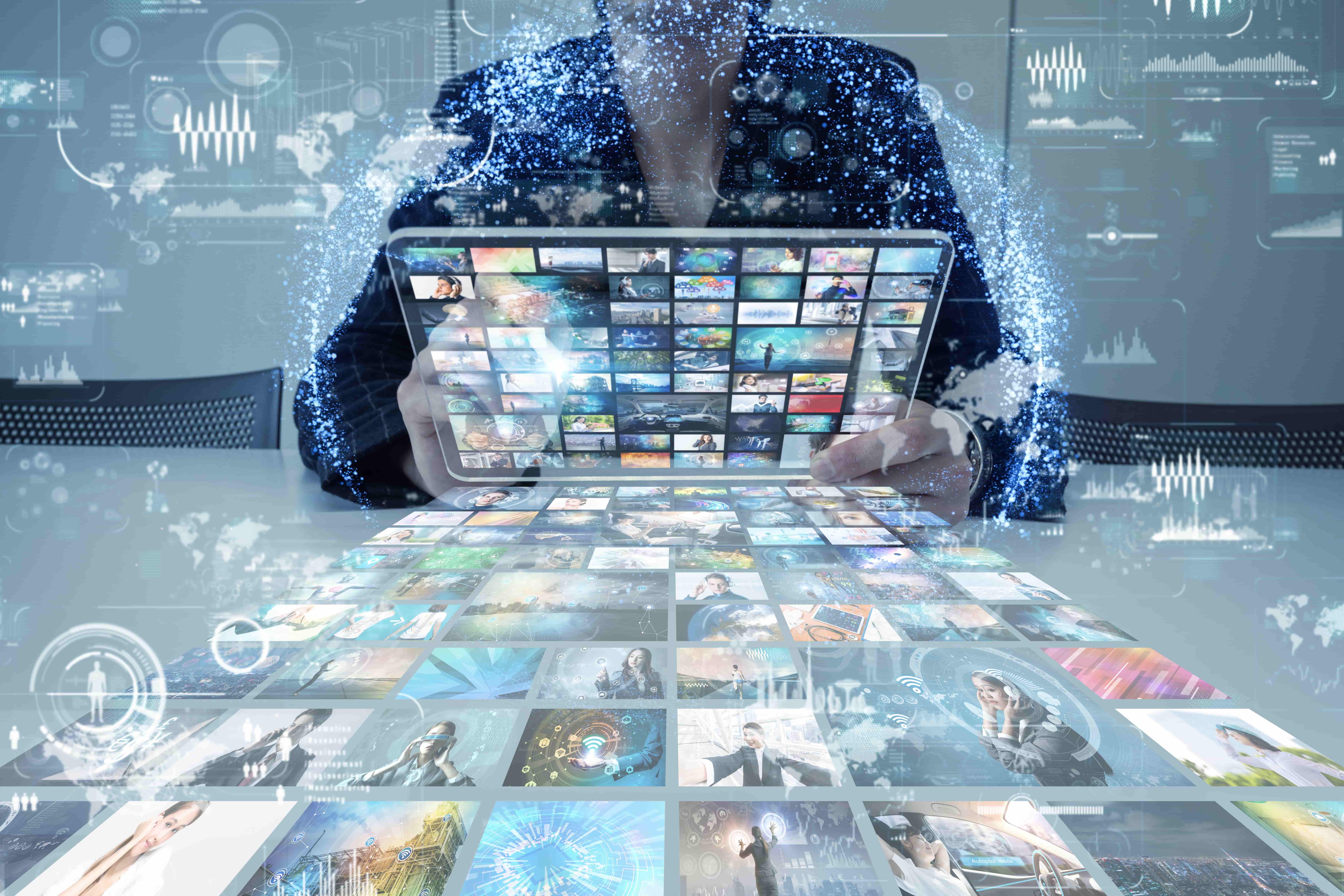 Streaming services at a glance

Netflix is usually the first TV streaming service that people think of. It’s definitely one of the most popular – as of April 2020, Netflix has 73 million paid subscribers in the United States. Its extensive library includes original TV shows, movies and documentaries, as well as kids’ programs to keep tiny family members entertained.

There really is something for everyone on Netflix. Included on the list of most-watched programs ever on the platform is the nail-biting sci-fi horror Birdbox, fantasy adventure The Witcher, and the hard-to-define but bafflingly-compelling Tiger King. However, with over 3,000 unique categories (from Deep Sea Horror to Military Dramas), there’s something to cater for the most niche of movie tastes.

Netflix has a fixed monthly fee, ranging from $8.99 a month for the basic package, up to $15.99 a month. The cost increases based on how many screens you want to watch on at the same time, and the video resolution (from standard up to 4K).

You can watch Netflix on your computer or laptop using the web browser – all you need to do is visit netflix.com and sign in. Alternatively, you can use any internet-connected device that offers the Netflix app, including smart TVs, smartphones, tablets, streaming media players like Roku Box and Google Chromecast, or even video game consoles.

As you might have guessed from the name, Amazon Prime Video is the video streaming service offered by online retail giant Amazon. It has a good number of shows and movies available for free to Amazon Prime members. However, there are also extensive collections of premium movie and TV content you can rent or buy for an additional cost.

Over the last few years, Amazon Prime Video has been steadily growing its list of original titles. Notable additions include Tom Clancy's Jack Ryan, award-winning The Marvelous Mrs. Maisel, and the neo-noir fantasy series Carnival Row starring Orlando Bloom and Cara Delevingne. If those don’t tickle your fancy, classic shows like The Office, South Park and The X-Files are available when you want to snuggle up on the sofa with a familiar favorite.

Amazon Prime Video is one of the many perks of an Amazon Prime membership. This will set you back $12.99 a month, or $119 a year. If you only want access to Prime Video, you can subscribe for $8.99 a month instead. Individual rental and purchase prices vary, but you tend to pay more for new releases.

Like Netflix, there are lots of different ways you can watch Amazon Prime Video. These include Amazon’s own media streaming device (the Amazon Fire TV stick), smart TVs, game consoles, mobile phones, selected tablets, and laptops.

Disney recently launched its own streaming service, Disney+, which packages some of cinema’s most famous franchises in a single collection. Alongside new and classic titles from Disney, you can stream big screen spectacles from Pixar, Marvel, Star Wars and National Geographic.

Unsurprisingly, Disney+ is popular with families, thanks to the extensive back catalogue of childrens’ movies that are available to stream on-demand (e.g. when you need to keep the kids mersmerized during an important conference call). There is plenty to keep adults enthralled too – original series Star Wars: The Mandalorian was well received by diehard fans of the sci-fi franchise. And if thta’s not enough, you can also take a stroll down memory lane with an extensive collection of Disney live action and animated classics.

Disney+ is one of the cheaper subscription services on the market – available for the fixed monthly fee of $6.99 a month. There is also an option to save around 15% by paying yearly instead.

Disney+ is available on media streaming devices like Amazon Fire TV, Roku, Android TV devices and AppleTV, as well as computers and laptops, smartphones, and tablets. You can even get a sprinkle of Disney magic through games consoles like PlayStation and Xbox. 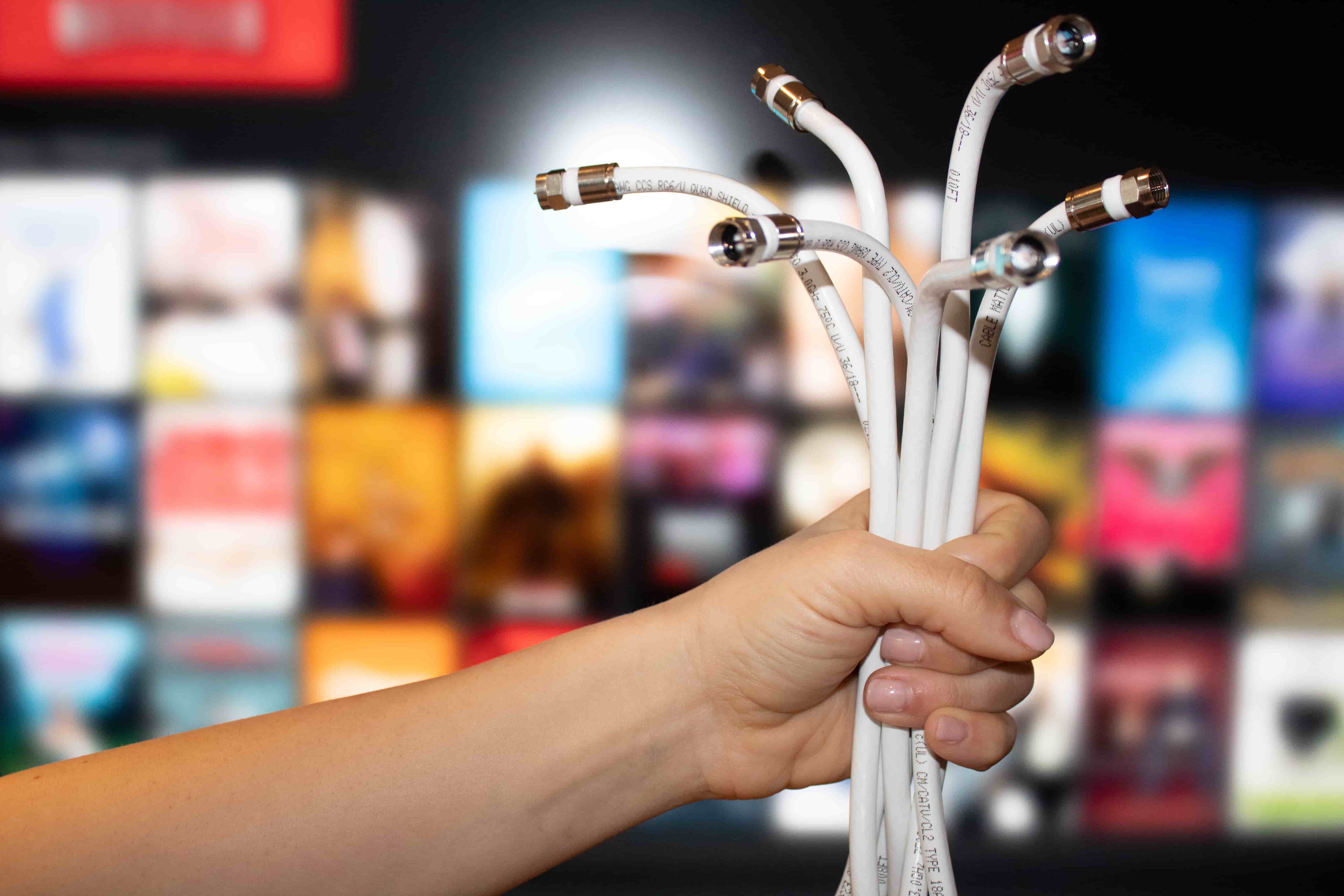 HBO MAX lets you stream all the HBO content you know and love, including current and past series, films, specials, and sporting events. You also get access to additional content from parent company WarnerMedia.

HBO has a confusing history of TV streaming apps – you may have heard of HBO GO and HBO NOW. At the time of this writing, HBO is in the process of consolidating its app services to offer the following:

HBO MAX has an entertaining mix of binge-worthing TV shows and hit movies. Game of Thrones, Watchmen, Curb Your Enthusiasm, and The Big Bang Theory can all be found in the catalogue of titles. There are also some original programs that will only be available for HBO MAX subscribers, specifically to target audiences outside the traditional baseline HBO brand.

HBO MAX is $14.99 a month. However, HBO NOW direct-billed customers and those who are billed through Apple, Google Play, Samsung, and Optimum can access HBO MAX at no extra cost. You can also get access if you already subscribe to HBO through media providers like Hulu and Apple TV Channels. The full list of providers is available on the HBO MAX website.

A household name in the tech world, Apple turned its attention to streaming in 2019 to complement its digital media player – the Apple TV. The range of programs is modest at the moment, especially compared to more established subscription services like Netflix. However, Apple is demonstrating its commitment to streaming by investing in big names for original programming, such as the Tom Hanks naval war epic Greyhound.

As well as well-known stars, Apple is hoping to draw subscribers with expensive production budgets and high-end effects. Greyhound had a budget of $50.3 million, and previews of the upcoming adaptation of Isaac Asimov's Foundation series also show few expenses spared.

It would be unfair to suggest this isn’t a winning formula, though – The Morning Show, starring Steve Carell, Jennifer Aniston and Reese Witherspoon has won or been nominated for a whole host of awards, so Apple is obviously doing something right.

Apple TV+ only costs $4.99 a month – not bad for the quality of programming but the quantity could be better. However, Apple TV+ is free for a year when purchasing certain Apple devices. If you’re in the market for a new Macbook or iPhone, check to see if you’re eligible.

Hulu is a streaming service controlled and majority-owned by The Walt Disney Company. Although separate from Disney+, packages are now available where you can subscribe to both services along with ESPN+ (where you can enjoy sports content). Hulu + Live TV is also available, which lets you watch live sports, news, and entertainment, as well as Hulu’s streaming library.

Hulu carries content from major networks like NBC, ABC and Fox. This makes it a great choice if you want to watch current-season TV shows. Popular titles include Little Fires Everywhere, Family Guy and Brooklyn Nine-Nine. There are a few original programs, but these are a nice add-on rather than the main draw.

The basic plan for Hulu is $5.99 (with a one month free trial to start you off). This plan is ad-supported though, so if you hate commercials, you might want to go for the $11.99 subscription instead. Hulu + Live TV is much more expensive at $54.99 a month.

You can use all the usual devices – mobile phones, tablets, smart TVs, and gaming consoles etc. – to watch Hulu at home or on the move.