Where to Stream Movies for Black History Month

February is Black History Month, which gives us all an opportunity to celebrate, and learn about the outsized impact Black communities have had on the world at large. And since film is such a compelling medium for storytelling, watching movies about and by Black creators is a great way to reflect on the struggles, sacrifices, bravery, and heroism intertwined in Black History.

While these movies will not give viewers a full picture of the Black experience, they open the door to conversation and hopefully encourage audiences to continue learning more about Black culture.

The following list of must-watch movies is a great place to start this February. 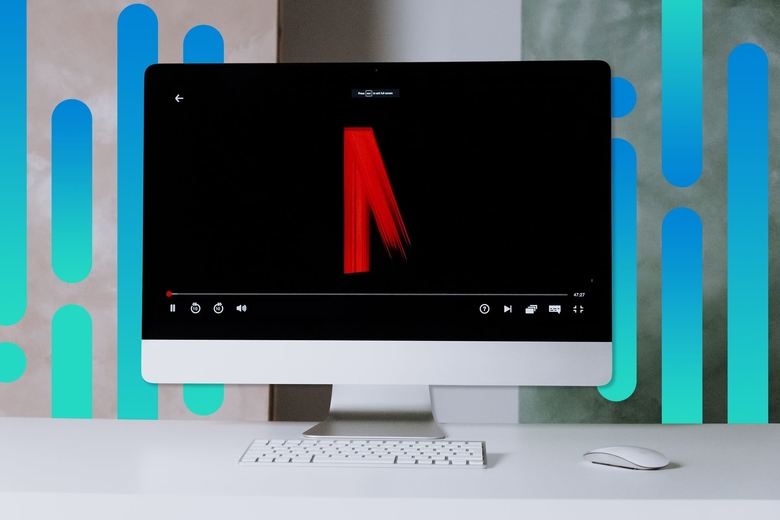 The rich history of Black culture is full of unsung heroes, movement ignitors, and trail blazers. Each movie charts a different path in Black history, and different issues that remain relevant in today’s world.

Have you ever thought about how NASA could calculate rocket launches before computers? This job was undertaken by a team of Black women that were called “human computers.” These women calculated every complex equation NASA had by hand, with the lives of astronauts on the line. Sounds like a tremendous group of women, right?

In the Academy Award nominated film Hidden Figures, Taraji P. Henson, Octavia Spencer, and Janelle Monae star as Katherine Johnson, Dorothy Vaughn, and Mary Jackson, three female pioneers at the forefront of NASA’s history. Their hard work in the face of discrimination received more widespread recognition with the movie’s release - no longer unsung, they are now duly recognized for their heroic contributions to American space exploration. 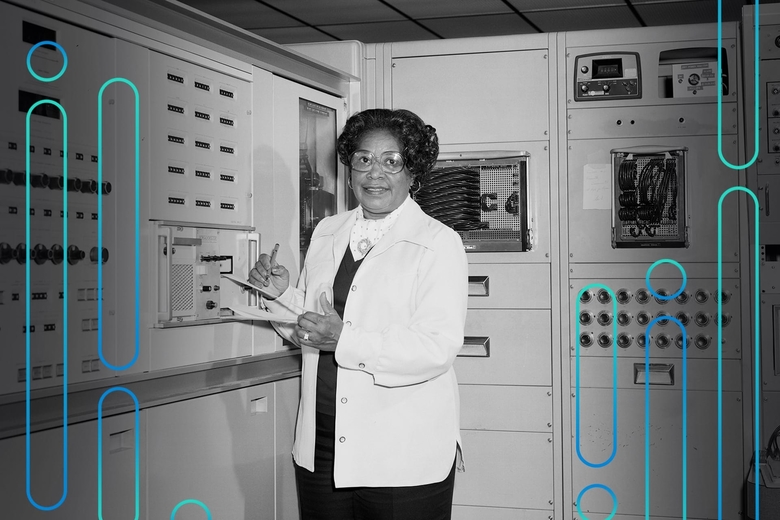 On paper, the American justice system entitles all citizens to equal protection under the law. In practice, that hasn’t always been the case. After graduating from Harvard Law School, young attorney Bryan Stevenson learned exactly how unevenly that practice can be applied.

This film chronicles early episodes in real-life civil rights attorney Bryan Stevenson’s career, where he defended the wrongly incarcerated and took up the cases of those who were denied proper representation in late 80’s Alabama. His first case is a man named Walter McMillan who, despite evidence of his innocence, was sentenced to death for the 1986 murder of an 18-year-old girl. The film follows Stevenson’s tireless fight for Walter McMillan’s life, holding a mirror to the face of an unequal justice system with a true account of an all too common injustice still faced by many.

In the 19th century, countless enslaved people made their way to freedom through the courageous actions of one woman - Harriet Tubman. In Harriet, Cynthia Erivo plays the abolitionist hero whose exploits are sadly underrepresented in American culture at large. After her plantation owner breaks his promise to free her family from slavery, Harriet decides to lead herself, her family, and many others to freedom.

This biopic goes beyond what’s taught in most history books, chronicling the immense personal resolve Tubman displayed while leading so many to a new life.

There’s no easy way to discuss police brutality. And now more than ever we are looking at the way the police treat people of color and what we as a community, or rather we as a nation, can do to eliminate disparities and racism. The Ryan Coogler film, Fruitvale Station, shows another example of brutality through the eyes of Oscar Grant.

Through flashbacks we spend Oscar Grant’s last day alive with him as he works to make his girlfriend and daughter proud. We spend New Year’s Eve with him, his family, and friends. When they are on their way home they are entangled in an altercation with police that ends in tragedy.

While movies based on historical figures show a dramatized account of real events, documentaries concentrate on what’s known or thought about the event itself. Sometimes the best way to tell a story is through the words of the people who were there.

The phrase “good trouble” can be confusing - how can there be good trouble? John Lewis, civil rights activist and long time United States Representative of Georgia’s 5th congressional district, gives us a front-row seat to his legacy of “trouble” as a force for positive change.

Through interviews and archival footage, we follow John Lewis through his 60+ year career of fighting for justice. John Lewis: Good Trouble began streaming a few months after John Lewis’ death in July of 2020, and aims to inspire future generations to follow in his footsteps as a tireless crusader for the cause of equality.

The 13th Amendment to the United States Constitution states, "Neither slavery nor involuntary servitude, except as a punishment for crime whereof the party shall have been duly convicted, shall exist within the United States, or any place subject to their jurisdiction." These words, ratified in 1865, formally abolished slavery in the United States.

But the 13th Amendment also introduced a loophole - punishment for a crime - that still reverberates within today’s criminal justice system. Ava Duvernay’s documentary 13th explores the history of racial inequality in the United States through this lens, taking a deep and insightful dive into the racially disproportionate nature of the U.S. prison system.

I Am Not Your Negro (Trailer, Rated PG-13, Available on Netflix)

Groundbreaking writer and playwright James Baldwin often doesn’t get the credit he deserves as a great thinker and civil rights activist. This documentary aims to correct that.

In 1979, James Baldwin wrote a letter to his literary agent about his next project titled, “Remember This House.” The book was to be a personal account of the lives and assassinations of three of his closest friends: Martin Luther King Jr., Medger Evers, and Malcolm X. Baldwin had only written 30 pages of the manuscript before his death in 1987. In I Am Not Your Negro, filmmaker, Raoul Peck envisions how the book would have finished.

Four hundred years after institutionalized racial slavery, the United States is still reckoning with how we see Black people and specifically Black men in America.

Sonia Lowman’s documentary Black Boys sheds light on our ongoing struggle to fully recognize Black male humanity. Intimate interviews and conversations about sports, education, and criminal justice show exactly how much resilience is required in the face of dehumanization. The result is a powerful call to reimagine what “success” means for Black men in America.

There’s a movement afoot to pressure several governing bodies associated with major awards - such as the Oscars, Emmys, and Golden Globes - to nominate a more diverse group of films and actors. For example, the #OscarsSoWhite campaign sprung up on Twitter in 2015 in response to major film and actor award categories featuring all white nominees while the movie Selma was shut out of nominations.

In 2020, the Oscars Academy established a representation and inclusion standard for nomination eligibility. Under new guidelines, minority representation for at least one of the lead actors, plus 30% of the ensemble cast and crew is required for entry. Strides like this will enable more award-winning films like the four listed below.

The Marvel Cinematic Universe introduced its first Black superhero to the world in 2016 when the Black Panther made an appearance in Captain America Civil War. The highly anticipated Ryan Coogler film Black Panther had Marvel fans and the Black community running to the theatre. And it did not disappoint. Sweeping the awards season, and being the first superhero film to be nominated for six Oscars including Best Picture, Black Panther also became one of the top 10 highest grossing movies of all time, raking in $1.3 billion. Black Panther’s record-breaking release has changed the way audiences look at an all-Black cast in a major motion picture, and hopefully changed the way Hollywood produces and portrays Black film in general.

Black Panther picks up where Prince T’Challa’s story left off in Captain America Civil War. After T’Challa’s father died, he inherits the throne in the kingdom of Wakanda. His first threat as the new king is more than he had prepared for, as an aggressive challenger with royal blood has a new agenda for Wakanda.

Get Out (Trailer, Rated R, Available for rent on Amazon)

Jordan Peele’s pivot from comedy to horror won him the Oscar for Best Original Screenplay. Get Out reevaluated Black horror and how Black people are portrayed in horror films, with a spine-tingling premise that serves as an incisive analysis of the Black experience and opens the door for deeper conversations about racism in America.

In Get Out, Daniel Kaluuya stars as Chris, a Black man going to spend the weekend with his White girlfriend’s family. They welcome him with open arms and seem so normal at the start of the weekend. But looks can be very deceiving.

Winning big at the Golden Globes and the Oscars, director Barry Jenkins created a “slice of life” movie that showed audiences a part of America that many never see.

Chiron, a young Black child struggling through a difficult life in Miami’s underserved Liberty City neighborhood, finds guidance and a father figure in Juan, his mother’s drug dealer. Juan teaches Chiron to carve his own path in life and it leaves a lasting impression on him. We follow Chiron through the different phases in his life and how his childhood, relationship with his mother, and advice from Juan impact the person he becomes.

12 Years a Slave is adapted from the memoir of Solomon Northup, a free man living in upstate New York who was abducted into slavery. The movie chronicles his tragic journey from freedom to bondage and back again.

Over the course of film history, Black film has often presented stories of racial strife, and the ongoing struggle for equality. But a strong culture and sense of community are also key aspects of the Black experience that find their way to the big screen through uplifting storytelling.

No celebration of Black History is complete without feel-good movies that depict Black joy. Here are a few favorites.

Ever think about what makes you feel so happy on a sunny day? Or why you no longer feel the drag of the ticking clock when you’re locked into your favorite activity? According to the latest Pixar release, it’s because you have a soul.

Disney’s Soul follows middle school music teacher and frustrated jazz pianist Joe Gardner through an unexpected trip to the afterlife. As Joe reaches an agreement for mutual aid with another wayward soul, he also learns a few lessons about the nature of life itself. Soul also makes history by introducing the first Black director in Pixar’s 30 year history.

The Princess and the Frog (Trailer, Rated G, Available on Disney+)

What makes your wishes come true? Hard work or wishing on a star? In Disney’s Princess and the Frog, the first Black princess in Disney’s 70-plus year history finds out.

As a young waitress named Tiana chases her dream to open a restaurant in New Orleans, a spoiled prince arrives with his own agenda. The unlikely duo gets a little more than they bargained for when a voodoo curse turns them both into frogs. Now they must race against time to become human again and make their dreams come true.

Spider-Man: Into the Spider-Verse (Trailer, Rated PG, Available for rent on Amazon)

The Spider-Man origin story has been told often enough. One day you’re a normal (if nerdy) kid, and the next you’re mutating super powers thanks to a radioactive spider bite. This time, the transformation happens to Miles Morales instead of Peter Parker, introducing an interdimensional twist on an often repeated tale. Not only does this Spider-Man look different than any before seen on film, he also opens the door for a whole Spiderverse of new possibilities.