From the 1848 Women’s Rights Convention in Seneca Falls to the 2021 Inauguration of Kamala Harris as the first female Vice President, women have never stopped fighting. The fight continues for equality, but we are grateful for the barriers they have broken. March 8th is International Women’s Day and we have the opportunity to celebrate the women that came before us and the courageous women to come.

You can celebrate from your couch this year by streaming movies about powerful women from female creators. The following list of must-watch movies is a great place to start this March. 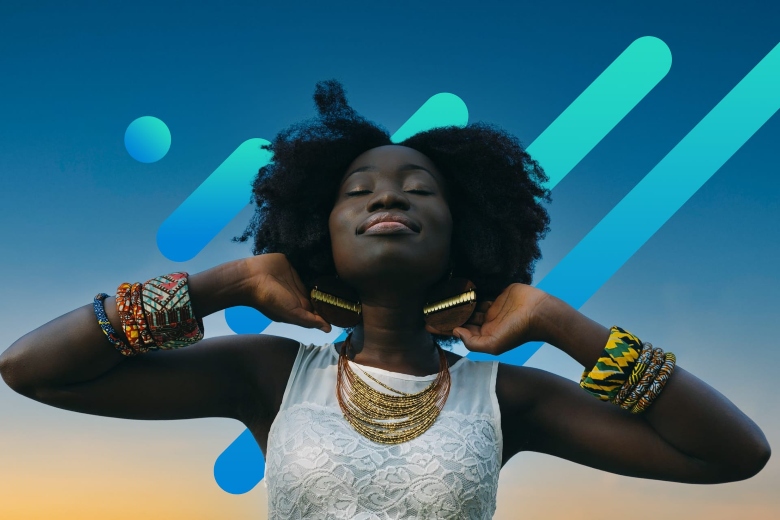 A “biopic” is classified as a dramatized account of a public or historical figure’s life. The three biopics highlighted in this section show women who made key advancements in music, politics, agriculture, and more. While there are a plethora of biopics to watch - and many more on their way to streaming platforms - these three are a great place to start on International Women’s Day.

Temple Grandin is a scientist and activist for the humane treatment of livestock before slaughter. She has written more than 60 scientific papers on animal behavior and in 2010 was named one of Time’s 100 Most Influential People under the “Heroes” category. Not only is Grandin accomplished in her field, but she is also an inspirational trailblazer in the Autistic community, as one of the first people to document insights gained from her experience of Autism.

In the HBO film Temple Grandin, we follow Grandin’s journey, starting with a visit to her aunt Ann’s cattle ranch before college. There, she finds a knack for animal care combined with an exceptional intellect for mechanics. When college starts, Grandin begins her studies with livestock, and works through prejudice to become the preeminent innovator in a male-dominated field. Temple Grandin garnered several awards, including a Golden Globe for best actress for Clare Dane’s portrayal of the title role.

“The glass ceiling” commonly describes the invisible barriers to success women and minorities face in the workplace due to discrimination and implicit bias. In 1979, Margaret Thatcher shattered it by becoming the first female Prime Minister of the United Kingdom.

The Iron Lady explores Thatcher’s 11 year career as Prime Minister through a series of flashbacks as she disposes of the belongings of her late husband Denis. Viewers follow her arc as a world leader through a series of historical trials and tribulations, highlighted by an incredible performance by Meryl Streep as Thatcher which earned Streep the Academy Award and Golden Globe for best actress.

The biographical drama Selena follows Quintanilla’s life and career beginning at a young age, when Selena’s father Abraham formed a family band upon hearing her voice. As her career reached the precipice of international stardom, she strived to produce an English-speaking album to reach a broader audience. That’s when tragedy struck. But her legacy lives on in the music.

Sometimes a closer view of the truth is a better way to tell a woman’s story than a dramatized version of events. Whether running for office, mentoring a generation, or unexpectedly becoming the face of a movement, it’s safe to say that women whose stories get this treatment have left a mark of inspiration. 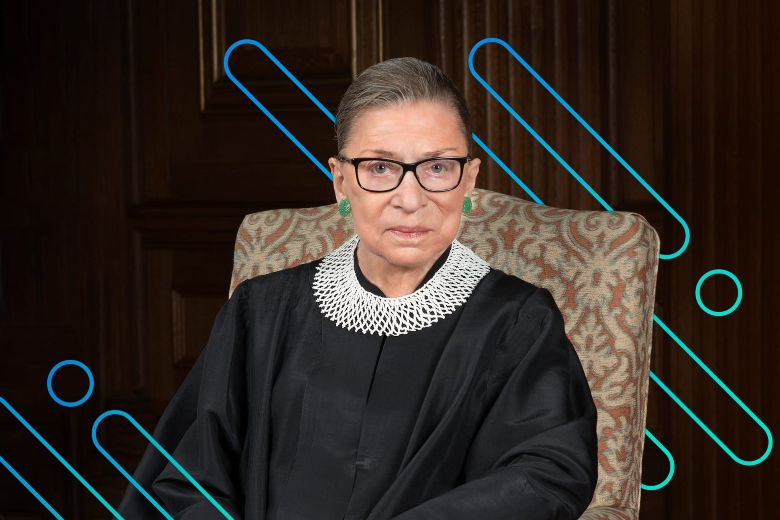 It’s not often that an octogenarian Supreme Court Justice is turned into a pop culture icon. But former Justice Ruth Bader Ginsburg (also known as “The Notorious RBG”) made it look easy. Fighting gender discrimination throughout a lengthy legal career, Ginsburg became the second woman in history to serve as a Supreme Court Justice. In the Academy Award-nominated documentary, RBG, directors Betsy West and Julie Cohen paint an intimate portrait of her life.

We follow Justice Ginsburg to speaking events, through interviews, and even watch her workout routine. Even after her death in 2020, this documentary will preserve her legacy as a fighter, a legal mind, and as an unlikely pop culture icon for generations to come.

Former first lady Michelle Obama said at the 2016 Democratic National Convention, “When they go low, we go high,” these seven simple words grew into a popular catchphrase worldwide. So it was no surprise when Obama’s book, Becoming, became a #1 bestseller while also taking a Grammy Award for the audiobook.

A Netflix film crew followed Michelle Obama on her Becoming book tour, and the results are captured in a documentary of the same name. Viewers get an interwoven pastiche of onstage appearances, interviews with Obama and her family, and behind-the-scenes footage from the tour. The combination presents an intimate examination of the overlap between Obama’s public persona and private life.

Knock Down the House (Trailer, Rated PG, Available on Netflix)

If you’re looking for inspiration to chase your dreams no matter the cost...Knock Down the House is your documentary. Follow Amy Vilela of Nevada, Cori Bush of Missouri, Alexandria Ocasio-Cortez of New York, and Paula Jean Swearengin of West Virginia as they run for Congress in 2018. With the odds stacked against them, they each run grassroots campaigns against long-time incumbents.

Even though women have been notoriously shut out of consideration for major awards over the past few decades, they have created beautiful movies that have earned the appreciation of audiences everywhere. There have even been a few notable exceptions to the awards lockout, although there is still much progress on that front yet to be made.

The 2009 war drama The Hurt Locker examines the lives of three members of a bomb-disposal unit in Baghdad during the second Iraq War. As they enter the last few weeks of their tour, they find themselves in increasingly dangerous situations.

The Hurt Locker cleaned up at the Academy Awards in 2010. Director Kathryn Bigelow won Best Director, making her the first (and only) woman to win Best Director at the Oscars.

An aging movie star, Bob Harris, and a lonely newlywed, Charlotte, build a bond in Tokyo. Bob is there to film a whiskey commercial and Charlotte is accompanying her photographer husband. Two strangers looking for an escape, find a heartfelt connection with each other.

Lost in Translation was noted as a triumph, and director and screenwriter, Sofia Coppola, won a slew of awards including Best Original Screenplay at the Academy Awards.

The Civil Rights Act legally desegregated the South in 1964, but ongoing practices still make voting relatively difficult for Black people. In 1965 the people of Selma, Alabama stood up for their rights. Led by Martin Luther King Jr., these patriots made a legendary march from Selma to Montgomery. Their historic efforts resulted in President Lyndon B. Johnson signing the Voter Rights Act in 1965. A triumphant dramatization of the effort was rendered on film by director Ava DuVernay.

Ava DuVernay became the first Black female director to be nominated for a Golden Globe for Selma in 2014. The film also won the Academy Award for Best Original Song for “Glory” by Common and John Legend.

Movies with a Strong Female Lead

Ellen Ripley, Katniss Everdeen, Princess Leia, Okoye, and Clarice Starling. Just five names out of so many fictional women who have changed the meaning of a strong female lead. Women throughout history built a strong foundation for the women that came afterward. It can be the same for fictional characters, their strength and courage can be just as inspiring.

Carol Danvers keeps having flashes of a previous life...but what does it all mean? Taking place in 1995, Brie Larson stars as a fighter pilot who develops inexplicable powers, and unravels a secret identity under extraterrestrial threat.

Have you ever had the feeling that something bad is about to happen? Since Adelaide Wilson was a child, a traumatic experience left her feeling scared and concerned for the future.

Now as an adult, she’s taking a much-needed vacation with her husband and kids to her family’s beachfront vacation home. All is well until a group of four people in red jumpsuits break in. The fear truly sets in for the Wilson family when the group of home invaders turns out to be… an alternate version of themselves.

Being sorority president, getting into Harvard Law School, and maintaining the perfect wardrobe at the same time? What… like it’s hard?

Elle Woods (Reese Witherspoon) is ready to marry her boyfriend Warner Huntington. But, when he breaks up with her because she’s “too blonde,” Elle takes matters into her own hands. Determined to win him back, Elle applies and gets into Harvard Law School. Soon she and her colleagues discover that her unique (and very fashionable) skillset is nothing to underestimate.