A Quick Lesson About Emojis

Shopping for a new mobile device? 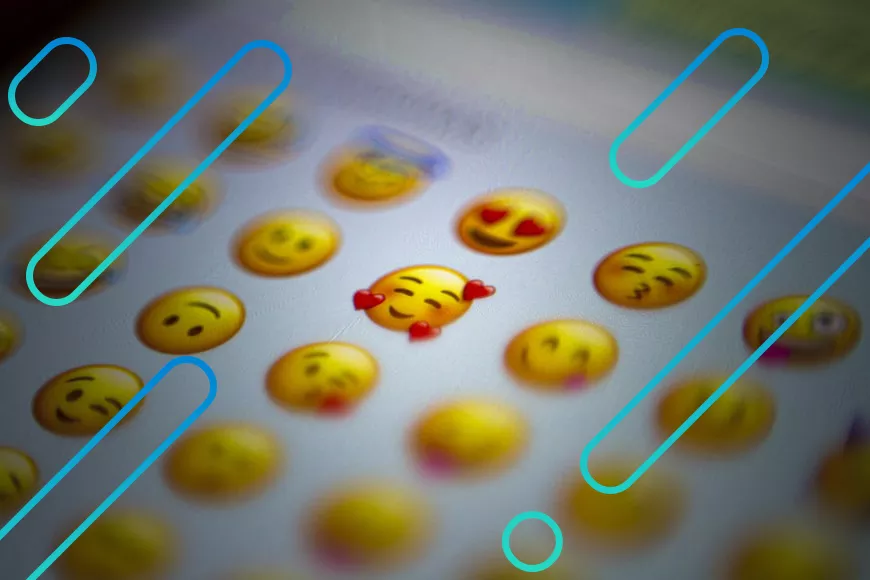 An Emoji is Worth a Thousand Words

Debuting in 1995, emojis have become a huge part of online communication and text messaging. In fact, approximately 5 billion are used every day on both Facebook and Facebook Messenger. The most popular ones are the happy face crying with laughter on Facebook and Twitter, while Instagram’s most frequently used emoji is the heart.

The History of Emojis

Emoji options have been coordinated by the Unicode Consortium since 1995. This is when the first 76 pictograms were established. The Consortium had been executing character inventory of electronic text processing since 1991, setting the standard for symbols, characters, and emojis. They were encoded consistently across various platforms despite styles sometimes varying between providers.

The precursor of modern-day emojis took place in 1999 when interface designer Shigetaka Kurita established 176 simple pictograms. The concept took off quickly in Japan. By 2010, Unicode released over 1,000 emojis to keep up with the trend.

Emojis of same-sex couples and families were released in 2010. By 2014, the anti-bullying “eye in speech bubble” emoji was introduced in conjunction with The Ad Council, responsible for generating public service announcements in the U.S. In 2015, emojis with different skin colors became available. In 2018, people with red hair got some recognition with the red-haired emojis!

2020 was a notable year, as it led to the introduction of 117 new emojis! This brought the total up to 3,136. By 2021, 334 new emojis were released, with an additional 207 brought into existence during the 2021 update. Some new ones include bubble tea, the placard, the transgender flag, and interracial couples. The current expectation is that there will be 107 more produced in 2022, increasing the overall total to 3,460!

The Unicode Consortium has recommended emojis such as beans, a pregnant man, and finger hearts (a hand-gesture associated with K-Pop stars). The final decision on whether these emojis will come to life is still pending.

Ready to switch to Optimum Mobile?