The Marvel Cinematic Universe (MCU) started with a suit. An iron suit to be exact.

The Marvel team created an intricate 11-year map of 22 movies leading fans on the ultimate superhero journey. Giving them a different type of family and teaching them how to be their own type of hero. Starting with Iron Man in 2008 and ending with Spider-Man: Far From Home in 2019, 10 character origin stories have been introduced to audiences. Each origin story paints a picture of a hero’s past and setting up their story for the future.

There are plenty of places that tell you how to watch the Marvel Cinematic Universe, whether it be in movie release order or timeline order (i.e. starting with Captain America because it takes place in 1941). But, the origin stories are something to (pun intended) marvel at.

Optimum has put together a ranking of all Marvel origin movies. From the not-so-great to the best!

Successful surgeon, Dr. Stephen Strange has made his living off of his hands. After a life-threatening car accident, Strange loses the use of his hands. When surgery and his understanding of traditional medicine fail him, Strange searches for a different way of healing in a mysterious enclave in Nepal. On his journey, Dr. Strange discovers a new world of sorcery. He soon discovers there are dark forces at work to destroy reality as we know it. Dr. Strange must test his powers to save reality and become the most powerful sorcerer in existence.

While Benedict Cumberbatch is a fan favorite and Doctor Strange does have a similar wit to Tony Stark (as seen in Avengers: Infinity War), the film felt as though the sole purpose of the movie was to introduce the powers of the time stone and setting the foundation for Strange’s integral part in Infinity War.

Scientist Bruce Banner has been exposed to gamma radiation and is desperately seeking a cure. Banner is isolated: cut off from his love, Betty Ross and in hiding from his nemesis, General Thunderbolt Ross. While looking for a cure, Captain Emil Blonsky transfuses himself with Banner’s gamma-radiated blood after a failed fight with the Hulk. Turning him into a Hulk-sized monster called the Abomination, becoming Banner’s newest threat.

The Incredible Hulk had a feeling of standing alone and outside of the Marvel timeline. While there are glimpses of connections to other characters such as the after-credit scene featuring Tony Stark approaching the General about a...team he’s putting together (the Avengers). But, the film feels different from the rest of the franchise and the story is rarely referenced. A big reason it feels removed from the franchise is because they replaced Edward Norton as the Hulk; later in 2012’s Avengers Mark Ruffalo premiered, making his debut and has been the Hulk since.

Dr. Hank Pym is forced out of his own company by his former protege Darren Cross. Who is trying to use his “Ant-Man” suit technology as a weapon of evil. In need of someone to take the mantle of Ant-Man, Dr. Pym recruits master thief, Scott Lang, who just recently finished time in prison. Pym and his daughter, Hope, train Scott to control an army of ants and learn his powers in the suit. Scott must use his new power and work to make sure the technology doesn’t fall into the wrong hands.

The vibe of Ant-Man feels a bit different than the rest of the MCU, which isn’t a bad thing. But, the movie feels more like a comedy than a superhero film. Even though the scene in Baskin Robbins is a great moment! Ant-Man introduces fans to the “Quantum Realm” which is a major part of Avengers: Endgame. Paul Rudd’s Scott Lang brings great laughs but that’s about it for this film.

Thor is the son of Odin, king of the Norse Gods, and is set to inherit the throne of Asgard. Unfortunately, on the day of the crowning, the Asgardian enemy, Frost Giants, enter the palace and violate their treaty. Thor responds with brutality, leaving Odin no choice but to punish Thor for his brutishness and banish him with no powers to Earth. While Thor is banished, his brother Loki plots mischief in Asgard.

Thor may be a part of the Avengers “Big 3” but his first movie was lackluster. The Avengers movies gave us a funnier and livelier side of Thor but his first solo film didn’t necessarily build the compassion towards the hammer-wielding Norse God that some were hoping for.

In 1995, extraterrestrial Kree warrior Vers has flashes from another life as a U.S. Air Force pilot while she tries to harness her growing powers. Vers is thrown to Earth after being in the middle of an intergalactic battle against the Skrulls. On Earth, Vers searches for the Skrulls and clues about her past life with the help of a young Nick Fury.

The first female-led MCU film gave the ultimate visuals of female empowerment. Brie Larson’s Captain Marvel was powerful and her kick-butt attitude was exciting to watch. Overall it’s a fun film and seeing a young Nick Fury was almost as if we were getting two origin stories in one.

Space adventurer Peter Quill (self-proclaimed, StarLord) finds himself in a big mess when he steals an orb from the villainous, Ronan the Accuser. To keep the orb away from Ronan, Quill forms a truce with a ragtag group of misfits: Rocket, the trigger happy raccoon, tree-like Groot, vicious Gamora, and vengeance-driven Drax the Destroyer. The five of them must now work to keep the orb out of Ronan’s hands and save the universe.

Guardians not only brings audiences their first glimpse of Infinity Stones but also great laughs and even greater action. The group of five bring a new meaning to the word family and gives audiences the in-depth look into space that they had never seen before. This movie takes you on a fun ride and it gave fans an excellent playlist. 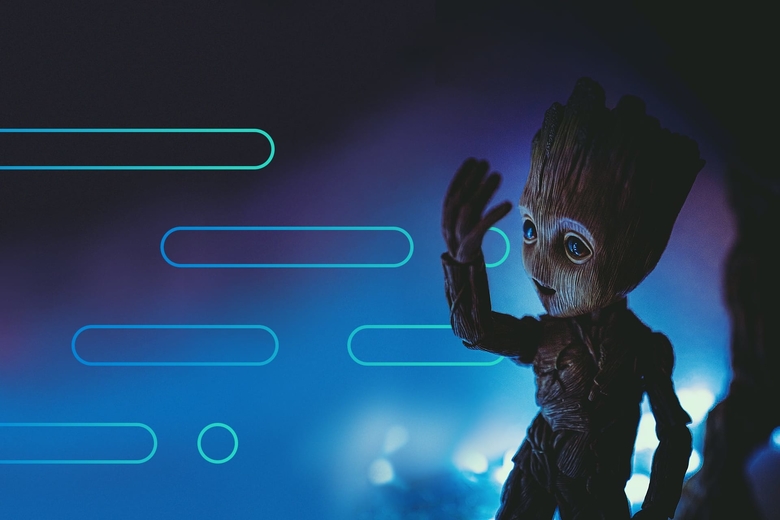 In the midst of war in 1941, Steve Rogers is desperate to join the armed forces but is consistently rejected because of his small stature. A scientist sees his courage and offers Steve the chance to serve through a supersoldier experimental program. With the new supersolider serum, Steve becomes Captain America and he leads the fight against a Nazi-run organization called HYDRA, with his friends Agent Peggy Carter and Bucky Barnes.

After his epic introduction in Captain America Civil War, Peter Parker is back in Queens and ready to help Tony Stark with his next Avengers mission. Waiting for Tony’s call, Peter spends his days being the “friendly neighborhood Spider-Man.” You know, helping people with directions, returning stolen bikes, and eating the occasional churro while hanging from fire escapes. But when a villain named Vulture starts threatening Spider-Man and the safety of his neighborhood, Peter must put his powers to the test to keep everyone he loves safe.

While some were skeptical of Tom Holland portraying the 3rd Spider-Man, he made the role of Peter Parker his own and it was impressive! The plucky attitude of Peter Parker was relatable and believable. This movie showed a charming, almost father/son-like relationship between Peter and Tony Stark. Spider-Man: Homecoming gave Tom Holland’s Peter Parker a huge fan base and an exciting future.

Tony Stark the famous billionaire, inventor, and playboy is on a trip overseas to conduct weapons testing. After a demonstration, he is taken hostage by terrorists who require him to build weapons. Instead, he builds an armored suit to escape. Stark’s vision for Stark Industries changes after the kidnapping, which creates waves back home.

The Marvel franchise started with Tony Stark and he did not disappoint. The movie quite literally starts off with a bang and the action-packed 2 hours and 6-minute ride doesn’t slow down. Robert Downey Jr. delivered an amazing performance, Tony’s quick wit and newfound heroism make the movie compelling at every turn.

Black Panther picks up where Prince T’Challa’s story left off in Captain America Civil War. After T’Challa’s father died, he is set to inherit the throne in the kingdom of Wakanda. His first threat as the new king is more than he had prepared for, as an aggressive challenger with royal blood has a new agenda for Wakanda.

Black Panther is Marvel’s first Black superhero film and the first Marvel movie to be nominated for Best Picture at the Academy Awards. The highly anticipated Ryan Coogler film had Marvel fans and the Black community running to the theatre. And it did not disappoint. Sweeping the awards season and becoming one of the highest-grossing movies of all time, raking in $1.3 billion. Black Panther’s record-breaking release has changed the way audiences look at an all-Black cast in a major motion picture and hopefully changed the way Hollywood produces and portrays Black film in general. The film’s heart and devotion to family are captivating and every visual is stunning. Chadwick Boseman’s T’Challa was a triumph and his presence in the franchise will be missed.

The Marvel franchise has created an impressive collection of films, from the beginning to the end. There’s plenty more to come and every Marvel fan will be waiting anxiously to see what comes next. For now, you can stream Marvel’s universe on Disney+.